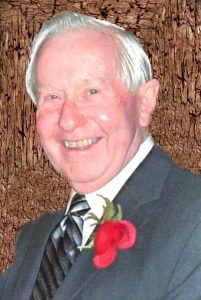 Robert “Bob” Bruce Piland, 94, passed away on Wednesday, January 12, 2022 at his home.
Bob was born on June 24, 1927 to Bruce and Ethelene Piland in Rosiclare, Illinois. He married Minnie Imogene Drumm on July 25, 1953 at Rosiclare. She preceded him in death on January 21, 2020.
Bob is survived by his son, John Piland (Carol) and daughter, Polly Mains (Rick); grandchildren, J.D. Piland (Betsy), Amy McKendree (Matt), and Cole Piland; great-grandchildren, Aly Piland, Raelynn and Brody McKendree, and Reiley Jean Piland. He is also survived by his brother, Bill Piland of Springfield, Illinois.
Bob served his country in the U.S. Army Air Force as an airplane and engine mechanic from 1945 – 1946. In 1955 he started his career as a pilot for Midwest Aero Service which later became S.I.U. Air Institute and Service.
Bob was a member of The Ridge Church, formerly Walnut Street Baptist Church.
Services will be held at 12:00 p.m. on Saturday, January 22, 2022 at The Ridge Church in Carbondale, Illinois, with Pastor Wes Henson officiating. Visitation will be from 11:00 a.m. until the time of service at the church. A private inurnment will be held at Fluorine Cemetery in Rosiclare.
Memorials may be made to The Ridge Church.
Meredith Funeral Home in Carbondale assisted the family with arrangements. To leave a story or memory of Bob, visit www.meredithfh.com .