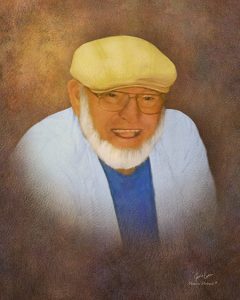 Mayor Jon Arthur Simmons, age 79 years, of Vienna, Illinois, passed away at 11:00 a.m., Wednesday January 27, 2021, at his home.
Funeral services celebrating the life of Jon will be held at 11:00 a.m., Monday, February 1, 2021, at the Shawnee Worship Center, 98 Oliver Street, Vienna, Illinois, with Pastor Richard Swiney and Pastor Casey Pollard officiating. Burial will be in the Vienna Fraternal Cemetery in Vienna, Illinois, with full military rites. Visitation will be held from 5:00–8:00 p.m., Sunday, January 31, 2021, at the church. Masonic rites will be accorded at 8:00 p.m., Sunday.
In loving memory of Jon, memorials may be made to the Simmons Family, and may be left at the church or mailed to the family at P.O. Box 421, Vienna, IL 62995.
Jon Arthur was born on June 15, 1941, in Goreville Township, Johnson County, Illinois, the youngest son of John and Veneta (Hudgens) Simmons. He graduated from Vienna High School in 1959. Four years later, on November 27, 1963, he was drafted in to the United States Army, serving during the Vietnam War. He was honorably discharged on November 26, 1965.
Jon became an auctioneer in 1974, and he traveled all over Southern Illinois, conducting auctions. His slogan was “Auction means action and we guarantee satisfaction” and people with whom he has interacted throughout the years would agree. He loved to conduct auctions and loved to visit with auction followers. He also owned and operated Linda’s Tavern in Vienna for several years.
Jon was united in marriage to his best friend of over 35 years, Jessie Jean Goins on June 22, 2012, in Vienna, Illinois.
Jon was the current Mayor of the City of Vienna, a position he had held for the past 12 years. He loved Vienna and it’s people and was always a reliable, helping hand to whomever was in need.
Jon was a member of Faith Harvest Assembly Church in Vienna, life member Saline Masonic Lodge # 339 A.F. & A.M. in Goreville, and was a life-member of the Beggs-Gurley VFW Post # 5222, and the Ainad Shrine temple.
Jon was an avid sports fan and loved to attend all sporting events, especially Vienna Eagles boys and girls basketball games. He was always there for the kids and was their #1 fan. Jon was also an avid St. Louis Cardinals baseball fan. In years past, Jon enjoyed rabbit and quail hunting.
Jon is survived by his wife, Jean Simmons, of Vienna, Illinois; sons – Frank Towns (Tashia Culp) of Vienna, Illinois and Jason (Lisa) Meyer of Newton, Illinois; grandchildren – Ryker James Towns and Electa Ann Meyer; a brother – Gary Simmons of Ozark, Illinois; as well as several nieces, nephews, and cousins.
Jon was preceded in death by his parents, brothers – Guy B. Simmons and Max Simmons; his father-in-law and mother-in-law – James and Maude Goins.
Those attending the visitation and service are reminded to observe customarily accepted social distancing guidelines. The wearing of a face mask or covering is strongly encouraged.
To share a memory of Jon or to leave an online message of condolence for his family, please visit www.meyerfh.com
Arrangements have been entrusted to Meyer Funeral Home in Newton, Illinois.