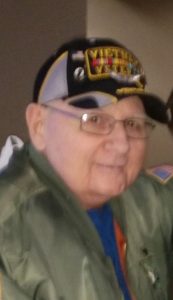 Barry was preceded in death by his parents, Mildred and William “Sneezer” Irby; and a nephew, Mark Henderlight.

Barry was a proud Vietnam Veteran serving in the Army from 1969 to 1971. He was retired from Hardin County General Hospital where he worked as a Lab Technician and was a member of First Baptist Church in Metropolis.

Graveside services with military rites will be held at 1 p.m. on Wednesday, December 30, 2020 at Kingston Cemetery with Rev. Wesley Davis officiating.

Arrangements have been entrusted to Aikins-Farmer-Loftus-McManus Funeral Home. Online condolences may be left at www.aikinsfarmer-millerfh.com .