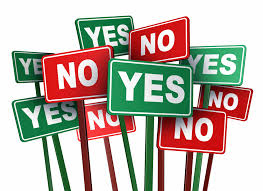 A look at the amendment language, proposed rates, and arguments for and against

One of the major questions Illinois voters will answer on Nov. 3 will be on the ballot statewide – whether to amend the state’s constitution to allow for a graduated rate income tax.

Strictly speaking, the amendment removes a provision from the Illinois Constitution that requires any income tax to be levied at a flat rate on any level of income – the current rate is 4.95 percent. Passage of the amendment would allow lawmakers to apply different tax rates on varying levels of income. Of the 42 states that have an income tax, 32 and Washington, D.C., have a graduated rate structure, while Illinois is one of nine that impose a flat tax.

While the amendment itself does not set any tax rates, legislation already passed by lawmakers and signed by the governor would take effect in January if the amendment passes. The rates created by that legislation would apply to six tax brackets, ranging from 4.75 percent on income up to $10,000 to 7.99 percent on all income for individual filers making more than $750,000.

Here’s a look the amendment, the accompanying rate legislation, some of the arguments being made and who is funding the advertising campaigns for and against it.

Specifically, Article 9, Section 3 of the Illinois Constitution would be amended if the ballot question passes. The new language would read:

“The General Assembly shall provide by law for the rate or rates of any tax on or measured by income imposed by the State. In any such tax imposed upon corporations the highest rate shall not exceed the highest rate imposed on individuals by more than a ratio of 8 to 5.”

That would replace the current language, which states:

On the ballot, voters will see the question worded as follows:

The proposal to put the amendment question on the ballot was approved with support from only Democrats, as was Senate Bill 687, the accompanying legislation to set graduated rates beginning in January 2021, should the amendment pass. Again, the current rate is 4.95 percent on any taxable income.

The new rate structure would create six tax brackets, with rates applying to margins of taxable income instead of every penny of an earner’s income, except for those in the top bracket. The rates would be:

Those rates effectively mean anyone earning $250,000 or less will pay the same or lower income tax rates under the graduated structure, while those earning above that amount would pay higher rates.

The measure also raises the corporate tax rate to 7.99 percent from 7 percent and does not change the Corporate Property Replacement tax of 1.5 to 2.5 percent which already exists in current law.

In estimates released before the COVID-19 pandemic, the governor’s office said the graduated tax is expected to bring in about $1.2 billion for the current fiscal year as it would be in place for only part of it, and $3.4 billion once it is in place for a full year.

Neither the amendment nor the accompanying legislation would change the level of authority lawmakers have to raise tax rates. A simple majority vote from both chambers in the General Assembly and a signature from the governor is all that is needed to raise rates currently, and that would remain the case with the passage of the amendment.

For proponents of the measure, the amendment and the rates approved are all about raising more revenue without increasing rates on middle-income earners or making drastic budget cuts to state services, education and public safety.

Pritzker frequently notes he inherited a state government “hollowed out” by budget cuts from previous administrations and a two-year state budget impasse during which the state spent roughly $5 billion more than it took in each year, driving a backlog of unpaid bills up to $16 billion.

Pritzker has estimated the budget shortfall for the current fiscal year at $6.2 billion, as the COVID-19 pandemic has blown a hole in state finances.  Without the graduated tax, which would be in effect for only half of the fiscal year, the shortfall could reach $7.4 billion, he said in April.

To fill that gap, the governor has left open the option of borrowing billions from the federal government and has lobbied for greater aid to states in another federal stimulus package.

But even before the pandemic, Pritzker pegged Illinois’ structural, year-after-year budget deficit at $3.2 billion, and he has framed the graduated tax debate as a choice between 15 percent across-the-board cuts to state government, a 20 percent flat tax hike or passage of the graduated rates.

On Sept. 24, Lt. Gov. Juliana Stratton said lawmakers “will be forced to consider raising income taxes on all Illinois residents by at least 20 percent, regardless of their level of income” if the graduated income tax fails. That would push the current tax rate to about 6 percent, and would require a simple majority vote in a Legislature dominated by Democrats with or without the passage of the amendment.

But opponents argue that without spending reforms, particularly to unfunded state pension obligations which exceed $137 billion, voters should not consider sending the state more revenue. They also note both graduated tax measures are devoid of any meaningful immediate property tax reforms. Property taxes are levied and collected locally, not by the state, and they fund such things as schools, local governments, fire departments and libraries.

Those in favor of the amendment argue the added revenue could make it easier to fully fund the evidence-based funding formula for K-12 schools, which – years down the line, they say – could alleviate property tax pressures by shifting funding responsibility from local taxes to the state.

But opponents are skeptical of what the added revenues would be used for, as the amendment and accompanying legislation contain no guarantees and the state’s pension burden continues to increase.

Opponents also point out that Illinois’ combined total tax burden – including state and local sales taxes, income taxes, property taxes and others – is the highest in the country, according to the personal finance website Wallethub. The graduated tax would only add to that, they say, claiming that it might drive high-earning residents from the state. Pritzker has said it is middle-income earners who have thus far been more likely to leave the state because, he says, the tax burden is “unfairly” distributed.

Proponents of the amendment, including Pritzker, cite a breakdown which shows the bottom 20 percent of Illinois earners pay 14.4 percent of their total income to state and local taxes, while the top 1 percent of earners pay 7.4 percent of their income in taxes. That’s according to a report by the left-leaning Washington D.C.-based Institute on Taxation and Economic Policy.

Opposition, led in large part by the Illinois Chamber of Commerce, has centered on what the tax would do to businesses and what lawmakers might do in the future if voters give them the opportunity to levy taxes on portions of the electorate at any one time, rather than on every taxpayer at once.

They also point out the added revenues would not cover state budget deficits amid the pandemic and would require further tax hikes in the future, which could mean adjusting the brackets to raise rates on middle-income earners.

The idea, according to much of the advertising against the amendment, is that giving Springfield politicians the authority to raise taxes on just a small group of taxpayers at any one time makes it easier politically to raise taxes, even though the simple majority vote threshold remains unchanged.

Opposition groups also point to June comments from Treasurer Michael Frerichs, a Democrat who has no role in setting tax rates, who said it was “worth a discussion” to consider taxing retirement income on certain brackets.

While the graduated tax would make it possible to implement taxes on high-earning retirees without taxing all retirees, Pritzker has said he and Democrats in the General Assembly oppose taxing any retirement income, and the idea remains widely unpopular in Illinois – one of 12 states that do not tax retirement income. Of those 12, nine do not levy income taxes at all.

The senior advocacy group AARP held a news conference earlier this month noting added revenue from the graduated tax could make lawmakers less likely to tax retirement income in order to fill budget gaps. But opponents continue to point to Frerichs’ comments, although the treasurer has since said he does not support a retirement tax.

While those against the measure say the increase to the corporate tax rate will hit job creators hard at a time when the pandemic is already making it difficult to remain afloat, proponents note that businesses structured as pass-through entities – such as S corporations, sole proprietors and others who claim business income on personal taxes – will see taxes decrease if they earn less than $250,000 annually in taxable income.

Opponents also take issue with the amendment’s removal of language which states “there may be no more than one such tax imposed by the State for State purposes on individuals and one such tax so imposed on corporations,” claiming the removal of the language allows for tax bills such as “education surcharges” or other such fees on top of the regular income tax.

Those in favor of the bill, however, say the prohibition on levying multiple income taxes was simply a companion to the requirement for a single flat tax rate. The framers’ inclusion of the language, proponents say, was aimed at stopping lawmakers from creating a multi-tiered tax structure through a series of limited flat taxes on different levels of income. Allowing for a graduated tax renders the language moot, they argue.

The omnipresent TV and social media advertising regarding the amendment has largely been funded thus far by two billionaires whose combined donations top $100 million.

The first is Gov. JB Pritzker, who has donated $56.5 million of his personal fortune to the Vote Yes for Fairness ballot initiative committee.

The other is Kenneth Griffin – Illinois’ wealthiest person, founder of the hedge fund Citadel and former major donor to former Republican Gov. Bruce Rauner – who has donated $46.75 million to the Coalition to Stop the Proposed Tax Hike Amendment, a business-tied group led by the Illinois Chamber of Commerce.