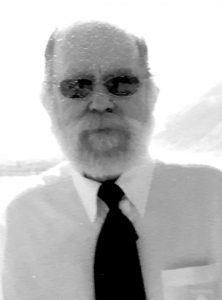 On Wednesday, May 13, 2020 Truman Knight, a loving husband, father, brother, uncle and grandfather passed away at the age of 80.
Truman was born in Phoenix, Arizona July 22, 1939. He dedicated many years of hard work and retired from Chicago Bridge and Iron.
He loved spending time with his children, grandchildren and great-grandchildren. He also loved playing pool and cards with his brothers and close family and friends. He was full of character and loved joking around with people.
Truman was preceded in death by his father, Norman; mother, Elleen; and his first wife, Shirley Knight.
Survivors include his wife, Marian; children, Julie (William ) Howard, Jana Knight and Jeffery Knight; brothers, James Knight (Cindy) and Gary Barker Sr. (Salma); grandchildren, Joseph and Joshua Glenzinski, Jamie and Jason Howard and Jacob Knight; great-grandchildren, Jackson and Emmett Howard, Kevin Gunter III, Joseph, Emma, Gunner and Jacqueline Glenzinski, Ava, Jacob, Carter, and Riley Knight; and several nieces, nephews and many cousins.
A private service will be held at a later date. They family asks that friends and family light a candle in memory of Truman.