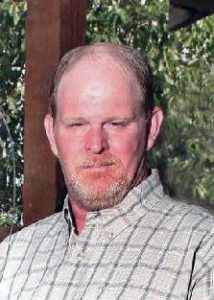 Bradley Keith “Brad” Jenkins, 55, of Cave-In-Rock, Illinois, passed away due to an auto accident near Rosiclare on Monday, May 18, 2020. Brad was born at Ferrell Hospital in Eldorado on November 7, 1964, the son of Jerry and Linda (Woods) Jenkins.
He was a proud coal miner most of his working career. Brad loved working on the family farm and raising cattle. Also he was a member of the Sons of the American Legion McLain-Glover Post #595 in Equality.
Brad is survived by his loving family, his son, Matt and Melissa Jenkins of Equality; his daughter, Jessica Jenkins of Royalton; his mother, Linda and Rev. Harry Spivey of Elizabethtown; two brothers, Mark and Susan Jenkins of Albuquerque, New Mexico, Curtis and Rhonda Jenkins of Cave-In-Rock; his sister, Paula and Jason Partain of Cave-In-Rock; three grandchildren, Logan, Hailey, and Hannah Jenkins; and four nieces, Jerri Jenkins, Jaci Jenkins, Karissa Jenkins and Abby Partain; his uncle, Mitchell and Brenda Jenkins of Harrisburg; two aunts, Linda and Tim Stanley of Elizabethtown, Nina Patton and Dewey Johnson of Eldorado.
He was preceded in death by his father, Jerry Jenkins.
There will be a private graveside service at Central Cemetery near Elizabethtown with Rev. Stan Pennell officiating. Vickery Funeral Chapel in Equality is in charge of arrangements.