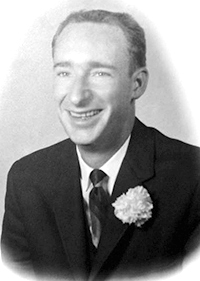 Norman Eugene Conger, age 80, a resident of Phoenix, AZ, passed away September 27, 2019, in Phoenix. Norman was born March 25, 1939 in Rosiclare the son of Othel Conger and Hazel Ferrell Conger. He was united in marriage on January 15, 1966 to Janet Myrick. She survives.
In addition to his wife of 53 years, Janet, survivors include two daughters, Stephanie (Tony) Smith of Waxhaw, NC, Jennifer (Loren) Robinson of Queen Creek, AZ; two grandsons, Ben Smith and Ethan Smith, both of Waxhaw, NC; sister-in-law, Josephine Billington of Golconda; and two nephews, James Conger and Ronald Conger, both of Phoenix, AZ.
Norman was a 1957 graduate of Rosiclare Community High School. He served in the US Army from December 1, 1961 to November 30 1967.
He retired from Sperry Rand and Honeywell after 30 years of service.
Norman loved playing golf and wood working.
In addition to his parents, Norman was preceded in death by two brothers, Dr. James G. Conger and Jerry Conger; in-laws, Barney and Martha Myrick; and brother-in-law, Normus “Red Buck” Billington.
As per his wishes, cremation was accorded. A memorial service will be held at a later date.