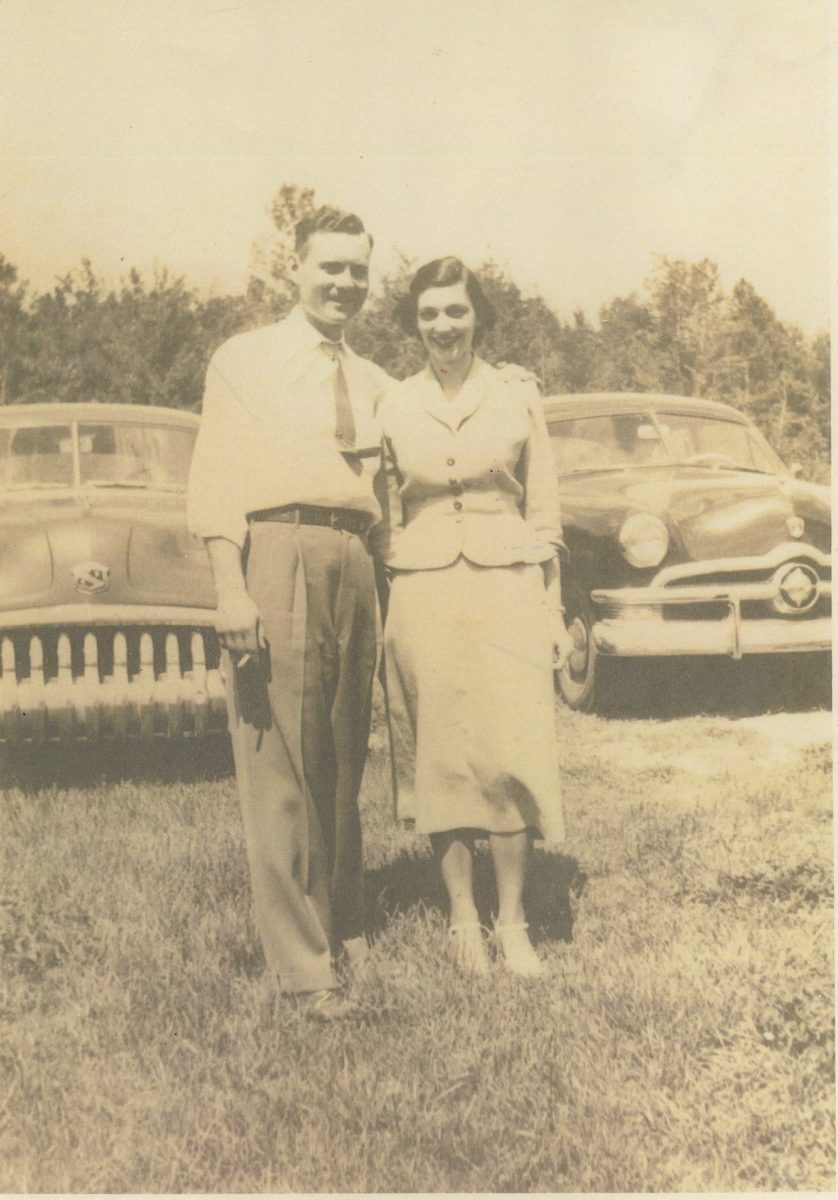 Mary and her husband John Paul

Mary Frances Jenkins was born Mary Frances Chichester in Williamstown, West Virginia on September 23, 1928 to George Herman Chichester and Frances Elizabeth (Neuberger) Chichester. She passed away at Hardin County General Hospital on August 19, 2019 at the age of 90. Mary is survived by her daughter, Joyce Jenkins, of Berkeley, California, her granddaughter, Claire Anna Baker, of Los Angeles, California, her son John Jenkins and his wife, Paula, of Cave In Rock, Illinois, her son William Jenkins, of Glendale, Arizona, and his wife Lisa. She is also survived by her sister, Margaret Cornejo, and preceded in death by her parents and her brothers, Stanley Chichester, George Chichester, and sister Joan Shaw.
When Mary was a child, her parents moved to Gladwin, Michigan, a small town near Midland, Saginaw, and Bay City. She was 11 years old and living in Gladwin at the time of the 1940 census. Her father had moved his family around the country for work, as far as Santa Monica, California, in the oil fields. Mary’s mother was a Presbyterian Sunday School teacher who grew gladiolus and made wreaths of pine cones. Her brother George grew up to become a church elder at the First Presbyterian Church of Beaverton, Michigan. Mary often told the story of seeing The Wizard of Oz, the first film she ever saw, in color, in Gladwin. She graduated from Gladwin High School, where she volunteered at the local hospital and discovered her vocation. Mary graduated from Saginaw General Hospital Nursing School in 1950 and became an RN at Wayne County General Hospital, where she met John Paul Jenkins, who also worked at the hospital and had grown up in Cave In Rock. John Paul and Mary married, lived in Wayne, and their first child was born in 1952.
The couple moved to River Road, Cave In Rock, Illinois, June 1974, and Mary worked at Hardin County General Hospital and elsewhere as a nurse. John Paul Jenkins died in 1999. After that, Mary faced many health challenges, including a broken hip and back, but she always carried on. Mary found great solace and company in the Golden Circle Senior Citizen Center in Elizabethtown, IL. She loved to make quilts and when that became too difficult, she loved to watch them being created. She once received a Golden Circle attendance award for not missing a day for five years straight, was interviewed for a “Know Your Neighbor” article in the Hardin County Independent, was named a Valentine Queen, and had other fun adventures. Mary lived by herself in the family home on the Ohio River where she loved watching and living in nature. She moved in with her son John Jenkins and his wife Paula in their home across the road in 2015.
Mary Jenkins was a caring listener with a great sense of humor. She could chuckle and smile and look at the funny side of almost anything. She was filled with love.