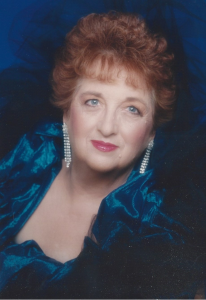 Our Mother, Dorothy Delores (Frayser) Tucker, entered this world on November 7, 1930 and was welcomed into the Lord’s paradise on Monday, October 17, 2022. Funeral services were Friday, October 21, 2022 at Faith Chapel in Spring Valley, California with interment in Singing Hills Memorial Park in El Cajon, California.
She was preceded in death by her parents, Carl and Georgia Frayser; and a grandchild Christina Tucker.
She is survived by her children, Judith Gregg, Stanley Tucker, Susan Jemison, and Steven Tucker; her grandchildren, Stacey Gregg, Nathaniel Rose, Jennifer Wold, Hannah Tucker, and Tiffany Smith; her great-grandchildren, Ashley Hargrove, Eden and Amelia Rose, Chloe Smith, Jackson and Emma Andrus, and Olivia and Madelynn Wold; her great-great-grandchild, Zoey Harpe; her daughters-in-law, Valerie and Vera Tucker; her son-in-law, David Jemison; and her sister-in-law, Judi Niemeyer and family.
She was born and raised in Cave-in-Rock, Illinois. She attended grade school and high school there, often telling the story of having to have her own Father as a teacher.
After graduation, she attended training at Western Union in Northern Illinois. She met and married Navy Seaman William Tucker in 1952. Because of his ship deployments, she often lived with her parents who helped raise her four children.
In 1960, Dorothy and her family moved to Spring Valley, California due to her husband’s assignment at the Naval Training Center in San Diego. She resided in Spring Valley from 1960 until October 2020 when due to declining health, she was moved to Atria Senior Living in Chula Vista, California.
Our Mother’s first job, for which she would always say was her most important job, was raising us kids. She went to work full time for California First Bank around 1970 and worked there until her retirement. She was an avid church and choir member of Faith Chapel in La Mesa, California. She made lifelong friends there and was blessed to visit many countries in her lifetime. She traveled to Israel/Holy Land in 1992 where she was baptized in the River Jordan by Faith Chapel Pastor George Gregg. She also had travels to Scotland/Ireland, Canada (Garden Tour), Alaska, Egypt, and Hawaii. However, her favorite spot was Yosemite National Park.
Our Mother loved to garden and can, skills she learned from her Father and Mother. She loved to grow fruit trees and roses, with her favorite being the Mr. Lincoln rose. She also loved hummingbirds, outings to the beach, and eating ice cream. She made the best salsa you ever tasted.
She was diagnosed with macular degeneration around 1990 and would eventually become legally blind. But she fought back, keeping herself busy with classes and projects at the San Diego School and Center for the Blind and also the Braille Center. Before her eye diagnosis, she was an excellent seamstress, quilter and crafter. She also loved to crochet.
Our Mother was eventually diagnosed with a despicable disease called Alzheimer’s dementia, the same disease that took her Father in 1988. But she never let go of her Faith and love for her Lord.
Our Mother’s love for her family and friends was unmatchable. She would most want you to know that there is no greater love than that you can achieve from the Lord Jesus Christ.
We will miss her more than we could possibly express, but we know she is celebrating with her parents, old friends and other family In the presence of her lord and the Angels on High. She would tell you not to worry about her anymore as she is rejoicing, singing, and celebrating. She can see, she is whole again, and she is perfect. We can rest assured that we have the most magnificent prayer warrior Angel now residing in heaven to watch over us. Love you Mom.