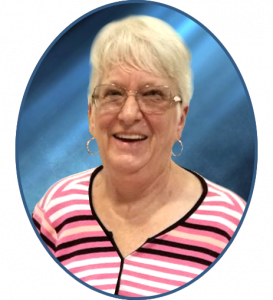 Rita Gene Williams, 80, of Newton, Illinois, died on Friday, June 17, 2022 at 5:43 p.m. at Cumberland Nursing and Rehabilitation Center in Greenup, Illinois. Rita was born on November 28, 1941, in Harrisburg, Illinois, the daughter of Calvin and Jewel (McPherson) Blackman.
Rita retired from the United States Postal Service. Rita attended the First Baptist Church in Newton and was a member of Southern Baptist Church in Newton and First Baptist Church in Carterville. She was also a member of the Order of Eastern Star Chapter #497 in Newton.
Rita is survived by daughters, Tamara Sue (Larry) Melvin of Marion, Illinois and Jennifer Lynne (Don) Zerrusen of Teutopolis, Illinois; daughter-in-law, Kimberly Williams of Carterville, Illinois; 7 grandchildren; 8 great-grandchildren; and sister, Beverly Smith of Harrisburg, Illinois.
Rita was preceded in death by her parents; husband, James E. Williams of Rosiclare; and son Mickey Williams.
Funeral services celebrating Rita’s life will be held at 2:00 p.m., Thursday, June 23, 2022, at the Meyer Funeral Home in Newton, Illinois, with Rev. Steve Willis officiating. Burial will be in the Westlawn Memorial Park Cemetery in Newton, Illinois. Visitation will be held two hours before the service.
Memorials may be made to the Jasper County Cancer Fund. The obituary can be viewed and condolences left at www.meyerfh.com.