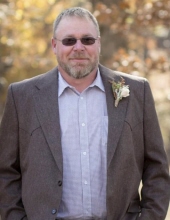 Cody was born on July 11th, 1972 to James V. Hopkins and Dorothy Augusta (Siedler) Hopkins in Paducah KY. He grew up on his family farm on Catholic Church Road and is a member of St. Joseph’s Catholic Church, in Elizabethtown IL.

Cody graduated Hardin County High School in 1990. After graduation Cody pursued his love for cars and attended General Motors School and Ford Motor both located in St Louis, MO and received his ASE Certification and furthered his career with 82 different certifications for mechanics, while working for Jim Hayes And Buddy Pool. He married his best friend Shawna, on July 15th, 1995. They shared a beautiful life together with their amazing children, who were the most important part of Cody’s life. While working at the dealerships Cody worked toward opening his own garage, Hopkins Auto Repair. He left his business and went to work for Empire Dock/Florida Rock until Cody started his career with Independence Excavating. He worked 17 years over the road and made many sacrifices to provide for his beloved family.

Cody was well known in the community to give a helping hand wherever he was needed. There wasn’t much Cody couldn’t do or fix. He was a true talent in and out of the garage. He never met a stranger, being raised with great country values that he wanted to instill not only in his children but his friends. He helped with no expectations, just with a loving heart. Cody had many hobbies he loved welding building art with horse shoes, such as crosses. He loved collecting and shooting guns, drawing, horseback riding, camping, and he carried his love for cars all through his life with his favorite car being a 68’ Chevelle. Cody leaves behind many special friends and his favorite pup Buddy, who he loved dearly.

Cody is preceded in death by his parents, Mr. And Mrs. Hopkins; and several aunts and uncles.

The family would like to extend a very special thank you to Hardin County General Hospital and Clinic, Hardin County Pharmacy. Everyone who donated and helped out in anyway during Cody’s illness. Your love and overwhelming support will never be forgotten.

In lieu of flowers, memorials to assist the family with expenses may be sent to Aly Funeral Home, P.O. Box 69 Eddyville, IL 62928