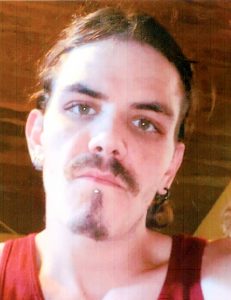 Aaron Kyle Smith, 28, son of Jerry Smith and Charmon Clark Colbert entered this life September 4, 1992 and departed life on March 5, 2021.
As a child he was very active, giving us a run for our money. He kept us on our toes. He had a vivid imagination, putting a peanut butter and jelly sandwich into the VCR and filling a camera full of grape jelly. He enjoyed taking things apart and tried to put them back together, but that didn’t always work. He took chalk and colored himself blue and came jumping and sounding like a monkey.
Aaron had a good heart and he would do anything to help someone in need. He went to Hardin County K-12 School. He lived his life in Elizabethtown, Illinois. His grandad, Donnie Clark taught him mechanics and to work on lawn mowers. He was gifted.
Aaron is survived by his wife, Jessica; sons, Clayton Jack Glenn, Aaron Kyle Smith, Jr. and Karson Alexander Smith; daughters, Lillie LeeAnn Smith, and Raelyn Frasier; mother, Charmon (Brad) Clark Colbert; father, Jerry Wayne Smith; brothers, Corey and Michael Smith, and Levi White; sisters, Samantha and Andrea Smith; grandmother, Louise Vaughn and several aunts, uncles, cousins, nieces and nephews.
He was preceded in death by his grandparents, Donnie Clark, Bill Smith, Lula Bell Spears Smith, and Cletus Vaughn; and uncle, James Howard Smith.
Services are scheduled for 2 p.m., Saturday March 13, 2021 at Keeling Hill General Baptist Church with interment in Stone Church Cemetery. The family will receive visitors from noon Saturday until service time at the church.
Hardin County Funeral Service is in charge of arrangements.