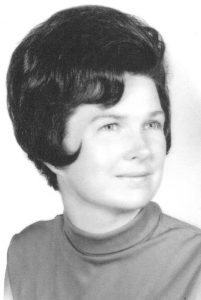 She was preceded in death by her parents, Jesse and Della Keeney; brothers Jess, Austin, Pat, Billy Joe;  sisters, Betty and Elaine; and two granddaughters, Catherine and May Margaret, both in infancy.

Funeral services were held Friday, December 4 at Moss Funeral Home in Batavia with interment at River Hills Memorial Park in Batavia. Memorials may be made to Alzheimers Foundation in Ella’s name.