Compared to the previous model forecasts which predicted peaking between late April and early May, that timeframe of plateauing near a peak has been expanded from mid-May into mid-June in Illinois. Daily death and hospital capacity data over the course of the last two and a half weeks have informed the model and led to the updated predictions.

A later and lower peak is a positive indicator of flattening the curve and a result of a slowdown of the state’s rate of transmission, which leads to a slower rate of increase over a longer period. Under current mitigations, hospital bed and ventilator capacity remains sufficient to treat COVID-19 patients. In other words, Illinois will reach the peak without overloading the state’s health care system as seen in other parts of the world. 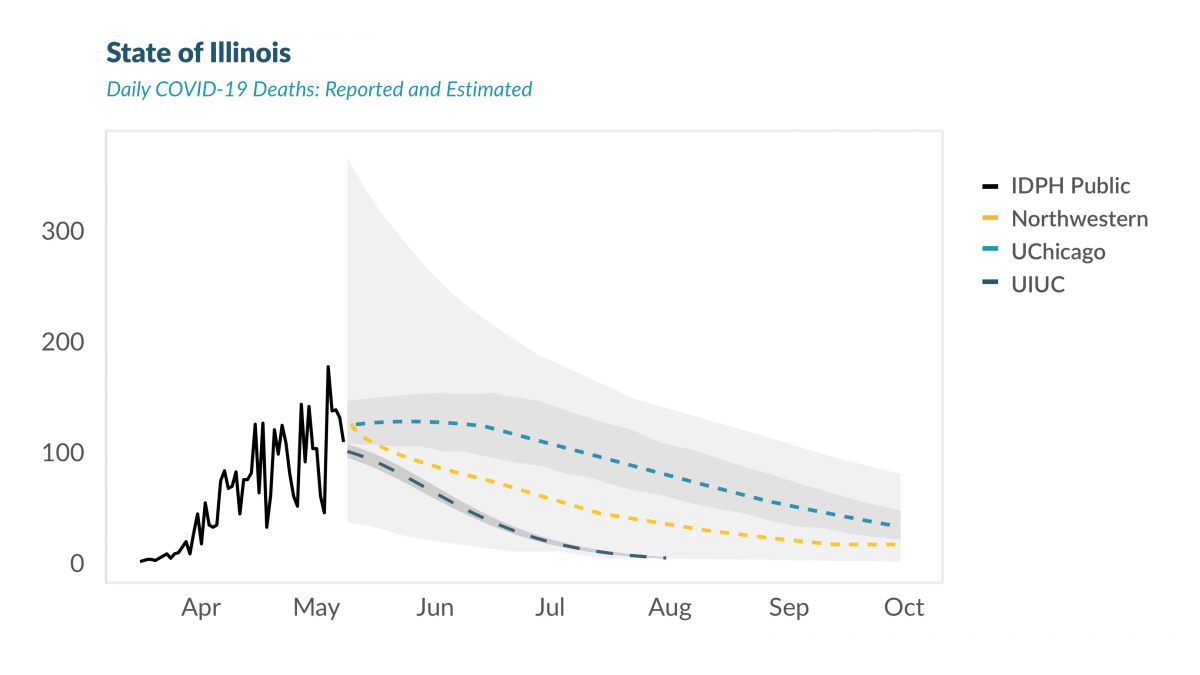 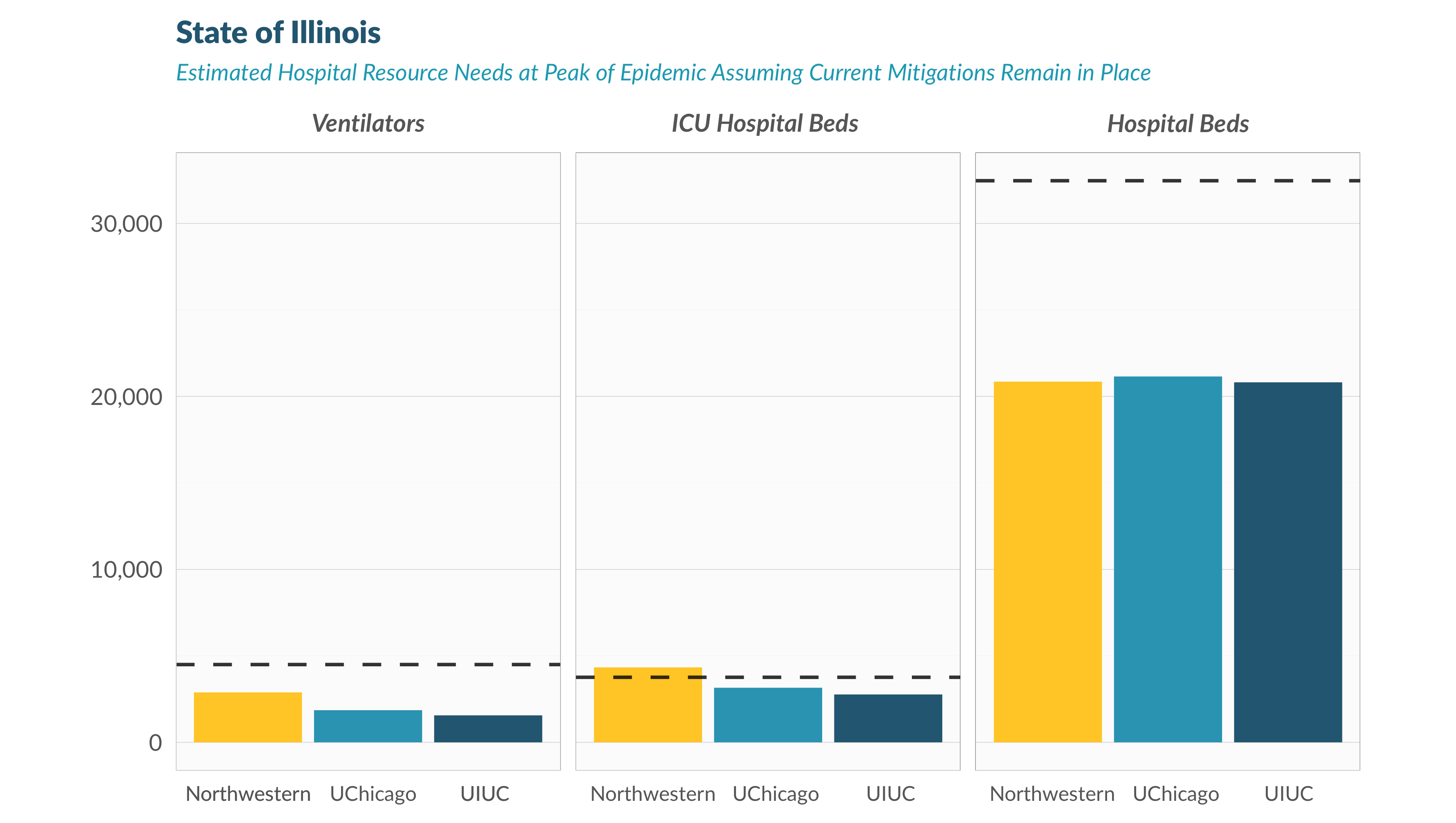 The state’s modeling efforts are led by top researchers from the University of Illinois at Urbana-Champaign, Northwestern School of Medicine, the University of Chicago, the Chicago and Illinois Departments of Public Health (IDPH), and managed by Civis Analytics, using IDPH’s data of COVID-19 cases, deaths, hospitalizations, ventilator and ICU usage from hospitals in Illinois.

All four of the regions are meeting many of the key metrics, with three of the four on pace to meet all of the Restore Illinois reopening metrics to move forward after the 28-day period: North-Central, Central and Southern.

As of midnight, May 8, the Northeast region’s positivity rate is at 22.3 percent, higher than the 20 percent cap on this metric to move into the next phase. The North-Central region is at 9.1 percent, the Central region at 6.0 percent, and the Southern region at 10.5 percent.

A requirement to move forward to next phase is that a region sees no overall increase, rather stability or a decrease, in hospital admissions for COVID-like illness across a 28-day period.

As of midnight May 8, all four regions met the third requirement of available surge capacity of at least 14 percent for ICU beds, medical/surgical beds, and ventilators.

Please note that Illinois has begun using a seven-day rolling average of daily-reports since May 1, to smooth volatility in the daily metrics and to better inform the overall time trend.