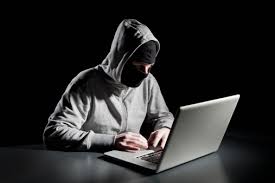 Hardin County Sheriff’s Department and a local family fell victim to an internet “swatting” prank early last Friday morning. A little after 1:00 a.m., a 911 call was received by the Saline County Sheriff’s Department by a juvenile calling in to report that he had murdered his mother and younger sister at his home in Hardin County. He went into specific detail with his story. He gave his name and address, but warned that he had a gun and would kill any officers who arrived to the scene. The call was relayed to Hardin County Dispatchers. Some at the sheriff’s department knew the family and realized that there were many siblings and a potential for multiple injuries and fatalities.
Due to the severity of the call and being a small community, dispatchers at the sheriff’s department started reaching for resources. The Hardin County Sheriff’s Department responded, including ambulances from Hardin, Pope, and Saline counties, two Air Evac helicopters, Illinois State Police, Pope County Sheriff Jerry Suits and one of his deputies, a Saline County deputy, the TRT (IL State Police Tactical Response Team), and three extra dispatchers were called in to help respond and effectively communicate to all the responding agencies. In addition, staff at Hardin County General Hospital was notified of the magnitude of the situation at hand, so they could be ready to medically treat the victims.
While taking extreme caution once on scene, officers reported that the home was quiet and dark. They were able to make contact with an adult member of the home who had been in bed. Everyone was removed from the home and handcuffed to secure the scene. While handcuffed and on the ground,

Subscribe to the Hardin County Independent – Support your community!