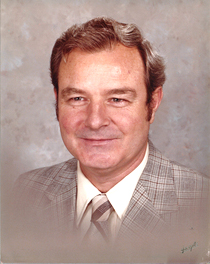 Lloyd Dean Frields, 83, of Golconda, IL died on Wednesday, February 13, 2019, at the VA Medical Center in Marion. He was born on November 27, 1935 in Shawneetown, the son of Grade Thomas and Mae (Heath) Frields. Lloyd married Ina Mae Barnes on October 20, 1962 in Highland, IN. He retired as a Powerhouse operator at the Inland Steel Plant in East Chicago, IN. Lloyd proudly served his country in the U.S. Navy during the Korean Conflict.
He is survived by his wife, Ina Frields of Golconda; his sister, Wanda L. Gill of Shawneetown; his granddaughter, Christian Marie Frields of Harrisburg.
Lloyd was preceded in death by his parents; one son, Michael Dean Frields; one brother, Ronald Frields; and one sister, Betty Parmenter.
Visitation for Lloyd was held on Saturday, February 16, 2019 from 11 a.m. until service time at 1 p.m. at the Vickery Funeral Chapel in Shawneetown. Pastor Jack Hall officiated the service with burial in Westwood Cemetery near Shawneetown. Military Rites were provided by Ridgway American Legion Post #596 and Military Honor Guard.