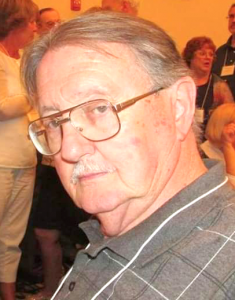 Lawrence David Pankey of Pekin, IL passed away Monday December 10, 2018 at St. Francis Hospital, Peoria, IL.
David was born in Hardin County, IL, the only son of the L. Dal and Hepsia (Smith) Pankey.
A graduate of Rosiclare Community High School, David worked after school stocking shelves at Bob’s Super Market, where he trained to become the Assistant Butcher after graduating. In 1964, David was drafted into the U.S. Army, trained at Fort Hood, Texas, and served a tour of duty in Viet Nam (where he was exposed to the controversial defoliant Agent Orange). After the war, David settled in the Peoria area where he began working for Caterpillar; he earned his retirement after 35 years with the company.
David was predeceased by his parents; two sisters, Helen Pankey and Judith (Pankey) Foe; two nieces, Ginger Bau and Gigi (Bau) Herzer.
He is survived by his sisters, Dalene Hope Lewis, Mary Janice (Robert) Owens, and Frances Tyrell; nephews Darren Gilliland, Joseph Foe, and John Bau; niece Beth Tyrell; and many grand-nephews and -nieces.
David’s devotion to his family was boundless; he attended to his mother, sisters, nieces, and nephews with uncommon kindness, often helping them through the challenges of life.
Always an avid outdoorsman, David reveled in being outside hunting and fishing. He collected muzzle-loading muskets and enjoyed attending rendezvous with his fellow black-powder enthusiasts.
He will be dearly missed by his family and all of this friends who knew and loved him.
In lieu of flowers, please make donations in David’s name to the First Christian Church, Rosiclare or to the charity of your choice.
Viewing and funeral services were held on Monday, December 17 at 1:00 p.m. at the First Christian Church, Rosiclare; interment with military honors immediately followed at Fluorine Cemetery. Arrangements were provided by Aly Funeral Home, Golconda. www.alyfh.com .

Lawrence David Pankey, Peoria, IL, died on Monday, December 10, 2018 at Order of St. Francis Medical Center in Peoria, IL.
Funeral service will be at 2:00 p.m. on Monday, December 17, 2018 at the First Christian Church in Rosiclare, IL. Burial will follow at the Fluorine Cemetery in Rosiclare, IL. Visitation will be from 1:00 p.m. until time of service at the church.
Aly Funeral Home is in charge of the service. Visit alyfh.com to leave an online condolence or to sign the guest book.
Additional obituary information will be in next week’s Independent and on the website: www.hardincoindependent.com .