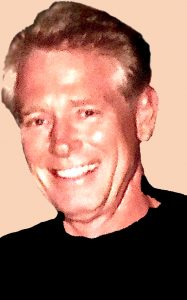 Robert (Bob) Eugene Dart, 81, of Ashley, Ohio passed away Thursday, December 15, 2022. He was born September 1st, 1941 in Ashley, Ohio to the late Max Dart and Lois (Martin) Dart.
He was also preceded in death by his younger brother, Danny Dart.
Surviving is his loving wife of 26 years, Dixie Walker Dart; his sister and her husband, Glenda and Bruce Curran; his son and daughter-in-law, Randy and Tracie Dart; his daughter, Kimberly Dart; step daughter, Rebecca May; three grandchildren, Kian, Kyle and Jazmin Dart; three step grandchildren, Seth, Gabriel, Josey May; and three great-grandchildren, Greyson and Kaidyn Dart, and Theodore May; also his special lifelong friend, Dave Bringle, his wife Lyn Bringle, numerous nieces and nephews, family and friends.
He attended Elm Valley High School and graduated in 1959. In 1960 he enlisted in the US Navy serving mainly on the USS Proteus AS-19 nuclear submarine tender based in Scotland.
Bob was a lifetime member of Ohio Operating Engineers and participated in the construction of numerous interstate highways and infrastructure throughout the Midwest. He was co-owner of B & D Steel Erectors and founder of B & D Sign Maintenance erecting steel and wooden structures extensively throughout the Midwest and East.
In 2003, Bob, and his wife Dixie, developed a successful lodging business in Southern Illinois Shawnee Forest from the ground up called Rim Rock’s Dogwood Cabins. They operated this business until 2016 when they decided to sell and finally retire.
Bob was an avid Harley enthusiast all of his life as well as horseman who enjoyed biking and trail riding across the country. He met his wife, Dixie, on a horseback trail ride in Eminence, Missouri in 1994. They married in 1996.
His other passions were classic cars, his 1956 Chevy pickup truck (which he lovingly restored from top to bottom) and boating at Lake Erie. He was happiest working on an engine or riding. He could fix anything car related and loved a challenge. Having a love for life, adventure and travel, Bob and Dixie traveled extensively both in the US and outside of the US and rode many miles together on horseback across the country. In 2001 they moved from Ohio to relocate in trail riding mecca Shawnee National Forest in Southern Illinois. They then moved to the Big South Fork riding area in Tennessee in 2017 and ultimately back to Ashley, Ohio in 2019.
Bob has friends far and wide and usually ran into one of them no matter where he traveled. Bob was one of a kind and will be sorely missed by his wife, his family and his friends.
The Snyder-Rodman Funeral Center is honored to serve the Dart Family. To leave a condolence, or to share a memory, please visit www.snyderfuneralhomes.com.