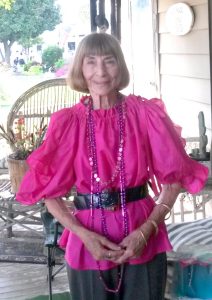 Patsy Patton Lee, 91, of Cave-in-Rock, passed away peacefully on Tuesday, November 8, 2022 at the Rosiclare Rehabilitation and Health Care Center. Patsy was born in Cave-in-Rock on June 11, 1931 to Lambert and Izora (Banks) Patton.
As a lifelong member of the First Baptist Church of Cave-in-Rock, she served as the pianist and secretary for many years. She was also a member of the Order of the Eastern Star.
She grew up in Cave-in-Rock and, after graduation from high school, attended Southern Illinois University where she obtained her teaching certificate. She went on to teach music and band to grade and high school students and, as many may recall, she formed the gospel music quartet “The Rhythm Rockers.”
While teaching, she met Lyle Leroy Lee, a high school basketball referee and well-known water skier in Southern Illinois. They married in January, 1954 and made their home in Galatia, Illinois.
Later, they moved to Fort Lauderdale, Florida and opened “Lyle Lee’s Ski School” where their motto was “Learn to Ski with Lyle Lee.” Patsy later began her second career as a bookkeeper for Pier 66 Hotel and Resort in Fort Lauderdale.
In 1986, after retiring from Pier 66, Patsy moved back to the hometown that she loved so dearly. She is fondly remembered by many young people for the elaborate holiday decorations on her house, especially on Halloween and Christmas. She also served as pianist for many local weddings, funerals and community events.
She is survived by a son, Lyle Patton “General” (Lori) Lee of Pace, FL; brothers, Buddy Warren Patton, Thomas R. (Daphene) Patton, and Terry Patton; sisters, Nancy (Tom) Wrosch, and Vicky (David) Patton-Evans; two grandchildren, Casey Patton Lee and Justin Melvin; three nieces, Stephanie Wrosch, Shelby Willborn, and Paige Robinette; and one nephew, Jeffrey Warren Patton.
She was preceded in death by her parents, Lambert and Izora Patton, as well as a favorite uncle, Roy E. Glore, who was raised from infancy by her parents.
Services were held at 1 p.m., Saturday November 12, 2022 at Cave-In-Rock First Baptist Church with interment in Cave Hill Cemetery. The family received visitors from 11 a.m. until service time at the church. Pastor Mike Dutton officiated the service. Mike DeGrave served as soloist and Jeff Robinson provided the music.
In lieu of flowers, donations can be made to the First Baptist Church of Cave-in-Rock, P.O. Box 356, Cave-in-Rock, IL 62919 or to the Cave Hill Cemetery Fund.