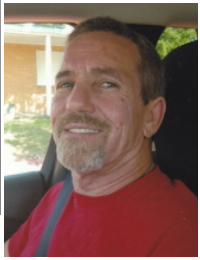 Randy was born in Harrisburg, Illinois. He was three when we lost our father. Mom remarried a few years later and we moved to a farm at Yellow Springs in very rural Elizabethtown, IL. Randy attended Karbers Ridge Grade School.
Randy learned to work hard at a young age on the farm. He loved to go down the road to Hirsch’s Dairy Farm and watch the machines milk the cows. For fun, we played in the creeks, walked across fallen trees, swung from grapevines, rode stick horses and, of course, we buried them when they were lame. We did just about anything we were big enough to do or try. When we were bored, we would fight. Randy was mad at Teresa for hitting his rooster with a walnut so he waited until she went to lie down and tried to hammer a nail in her head. Randy and Teresa would gang up on Donna. Randy and Wayne ganged up on me. Janice was always the overseer. Every day was an adventure exploring the woods and being in nature.
When Randy was eleven, we moved to Marshall Street in Harrisburg, IL. He was quite a dare devil and tried jumping a seven foot wide ditch from grass to pavement with a normal bicycle. He made it a couple of times and Mom told him to quit several times. Well, he came up short and landed straight down on his left hand on the pavement and broke his wrist. He was in so much pain with blood all over him. Mom showed no mercy and was so mad because she had told him to quit. She was wiping him off before taking him to the emergency room rougher than any bike wreck.
While Mom worked, Randy, Wayne and I would all ride our bicycles out to Blue Hole. It was summer time and we were hot and bored, so why not go swimming in an old mine pit that was full of old cars and whatever. Randy says, “Dive in, it’s not deep.” I almost drowned and then we would ride back as fast as we could. Of course our hair would be dry and Mom never knew we had done any of that until we got older.
He made friends easily; some were good and some not so good that helped get him into some trouble. He attended Harrisburg High School, but he didn’t care much for school. Oh he left the house on the bus, and rode to school, skipped out and once went to Garden of the Gods with a Buddy. He would get back to school and ride the bus home. So when Mom got the phone call that he wasn’t attending school, she gave the principal a piece of her mind only to find out later he had been skipping. He later regretted not getting a better education. There are people that are Book Smart and those with common sense, natural ability, and physically hard workers. He was a workhorse and never shied away from hard work.
Randy worked various jobs including the Harrisburg Glove Factory and lastly for 15 years for the East Eldorado Township where he worked with and became close friends with Kenny Roberts, his wife Marlene, and son Braxton. He retired in 2014 but that closeness remained.
Randy loved nature and watching the animals. He liked to fish and hunt quite a bit when he was younger. He loved riding his motorcycle and one of his favorite places was Glen O Jones Lake. He had a green thumb and could grow anything. He had the funniest sense of humor and could tell a Big, Elaborated story only to find out it wasn’t true. He loved to pester and aggravate all in fun then laugh so hard and slap his knee.
Our lives changed forever in May 2017, when we lost Wayne to cancer. It devastated us all, but it affected Randy differently because all of their lives, when you saw Randy, you would see Wayne. He was never quite the same. He lost his baby brother, his buddy, and his best friend. He was just lost.
Up until six year ago, Randy smoked, drank and partied with the best of them. He was quick to tell you now that was not the path to take. We all were so very proud of him for quitting all of it.
Randy had a heart of gold and would quickly help anyone. On the other side of that, if you made him mad, he was uncontrollable.
On August 17, 1979, he married Connie Lienenbach. They were blessed with four daughters, Amy, Cynthia, Jennifer and Brandi.
His greatest love was for his mother, his family, but especially for his four daughters, fifteen grandkids and one great-grandchild.
Growing up, we were very poor, not always having what we needed or wanted. We didn’t have indoor plumbing or running water. Mom did the best she could raising six kids by herself but life was very hard. She always taught us to be kind to others because there is always someone else worse off than you are. As kids, we were not sure we believed that but it’s very true. The Strong Bond and Love that our family has and always has had for each other is very rare and we realized as we got older just what true Wealth is. It has nothing to do with material riches, but what love you have while we are on this earth and what love we leave behind us. Randy leaves a legacy of family and friends that loved him dearly.
We will forever miss his smile, his infectious laugh, his playfulness, his aggravating ways, his pestering, our talks, and so much more. He will forever remain in our hearts until we meet again.