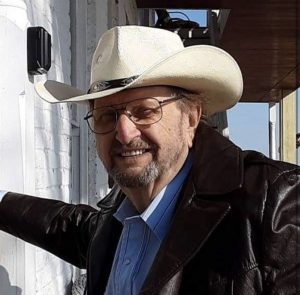 John Edwin Mason, 82, of Elizabethtown, IL passed away on Thursday, March 31, 2022 at Hardin County General Hospital. John was born on September 30, 1939, in Hardin County to the late James J. Mason and Roberta S. (Fritts) Mason.
He had a very successful career as a Corporate Chemical Salesman. He was a member of the Masonic Lodge # 1144 for twenty four years. He was a member of the Methodist Church and had a strong Christian Faith. He was an avid outdoorsman and gardener.
He will be missed dearly by his family and friends.
John is survived by a sister, Carole Foster of Harrisburg, IL; son, Brian (Jan) Mason of Carmi, IL; daughter Deborah (Mark) Wallace of Rosiclare, IL; grandchildren, Brandon Lee (Courtney) Desper, Brandon
Keith (Nichole) Mason, and Jessica (Daniel) Headlam; five great-grandchildren; and several nieces and nephews.
A graveside service will be held Saturday, April 16, 2022 at 1:00 p.m. at Empire Cemetery Elizabethtown, IL. Pastor Stan Pennell will officiate.