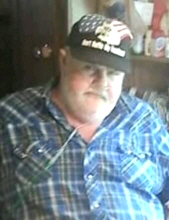 I Just Called Him – Dad

He was the family’s baby boy and as most parents can
He was spoiled from the beginning – until he became a man
A man who could let you know what he thought and why it was so
A man who loved God’s earth and made a garden grow!
He reclaimed all sorts of things – so much he could not measure
Other folks discarded trash – became his treasures
A man who loved his family – two daughters and a son
Grandkids, brothers, sisters – he loved them everyone
A man who refused to quit – he never gave up hope
Though ill health tried to keep him down, somehow he always coped
And now he rests in peace, and although we are far apart
He will forever be alive – deep within my heart
This man was the best friend a kid ever had
I know he was my gift from God – I just called him Dad!