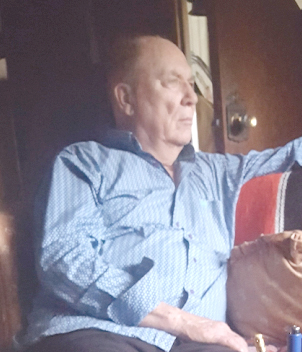 Barney Furman Bush, Shawnee/Cayuga of Herod, Illinois, died on Saturday, September 18, 2021. He was born in Harrisburg on August 27, 1944 to Ruth Evangeline (Vinyard) Bush and Ownly Furman Bush. His maternal grandparents were Clyde and Etta (Tyer) Vinyard and his paternal grandparents were Robert and Hattie (Reynolds) Bush.
Mr. Bush is survived by his son, Phil Bush and wife, Vivian; granddaughter, Haleigh; grandson, William; brothers, John and wife, Deborah; Fred Bush and Ellen Lambert; and many nieces and nephews.
No services are scheduled at this time.