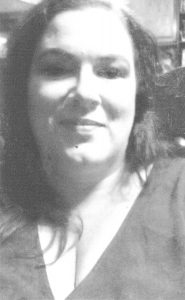 Christy Dawn Edwards Post was born November 2, 1974 in Harrisburg, IL. She passed from this life, Sunday, September 5, 2021 in Advent Hospital in Ocala, Florida.
Christy graduated from Hardin County K-12 and earned an Associate’s Degree in Criminal Justice at Southeastern Illinois College.
Christy was born to Ronald Dean Edwards and Debra Jackson Lamm. She married Josh Cooper and to this union were born two daughters, Katelynn and Alanna Kay, and the son she loved Brody Cooper. Christy also has a beautiful granddaughter, Makenna, whom was the light of her life. Christy was so proud of being a “MoMo.”
On August 7, 2020, Christy married the person she thought of as her soulmate, Jeff Post, at the Rosiclare Park in Rosiclare, IL.
Christy was preceded in death by her father, Dean Edwards, and grandparents, Bobby and June Jackson, and Buck and Mary Edwards.
She leaves behind to mourn, her mom, Debbie and Roger (Pops) Lamm; one brother, Jeff Edwards of Rosiclare, IL; one sister, Kayla Haney of Paducah, KY; two daughters, Katelyn Cooper of Florida and Alanna Cooper of Harrisburg, IL; her loving husband, Jeff Post; and wonderful new family, in-laws, Harold and Myra Post and two stepsons, Joe and Jeff of Florida; nieces and nephews, and many aunts, uncles, cousins and friends.
Christy will be greatly missed by everyone who knew her. She had a kind heart and would help anyone in need, even if she didn’t know them.
She loved to fish whether it be in the ocean in Florida, or the Ohio River with her brother or her Pop.
Christy had the best hugs; you could fee the love she had for you.
Christy was baptized and was a member of the First Christian Church in Rosiclare, IL.
There will be a memorial for anyone who wants to attend. It will be held at the First Christian Church in Rosiclare, IL from 11:00 a.m. to 1:00 p.m., Saturday, September 18, 2021. Jon Byers will be residing.

Card of Thanks
Our family wishes to thank everyone for the prayers, calls, food, and comforting words that have been extended.
I personally want to thank my son, Jeff Edwards, Wanda McDermott, and Joey Lewis for keeping Gran’s Take Out open during my absence. I would also like to thank all my customers for their patience and understanding during this trying time.

Debbie Lamm and the family of Christy Edwards Post