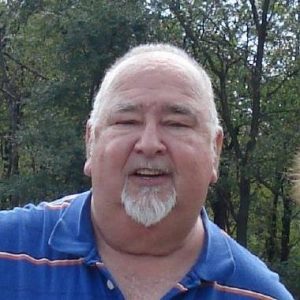 Funeral services celebrating Danny’s life will be held at 3:00 PM – Saturday, May 15, 2021, at the First Christian Church in Rosiclare, Illinois, with Jon Byers officiating.  Burial will be in the Empire Cemetery in Elizabethtown, Illinois.  Visitation will be held 2 hours before the service.  In loving memory of Danny, memorials may be made to the Ronald McDonald House and can be mailed to the Stanford Family, 6 Stanford Drive Rosiclare, Illinois 62982.  Arrangements are under the care of the Meyer Funeral Home in Newton, Illinois.  The obituary can be viewed and condolences left at www.meyerfh.com.

Danny was born on August 9, 1943, in Rosiclare, Illinois, the son Willard Ray and Alma Ilene (Riley) Stanford.  He graduated from Rosiclare Community High School in 1961, and worked for the Illinois Secretary of State in Springfield from 1965 to 1967.

Danny was best known for his 41 years of service, working at the Hardin County Independent, a career he started in 1970.

Danny was a faithful member of the First Christian Church in Rosiclare.  Following Danny’s retirement and failing health, he stayed in contact with his many friends on Facebook, and kept everyone entertained with his witty jokes and comments.  He also kept everyone in his prayers and on the prayer list.

Danny also enjoyed doing genealogy and was a local legend for his knowledge of the history of Hardin County and its people.

Danny is survived by:

Sisters – Betty Reed and Sherliee Palmer both of Rosiclare, Illinois