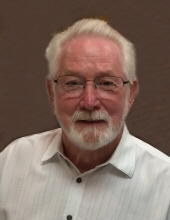 Clark Roan left this life to be with the Lord on Friday, January 8, 2021 at Deaconess Hospital in Evansville, IN. He was born on August 21, 1950 at Greenup, Illinois to William Harvey Roan and Florene Elizabeth (Glidewell) Roan.
Clark learned at a very early age to be a very hard worker along with his family on the family farm near Greenup, IL. He attended Greenup High School and his first job off the family farm was at a local tire business.
Clark had a long career as a large offset press operator working at various huge printing companies across the nation that printed magazines such as National Enquirer, National Geographic, and major printing jobs on containers for well-known companies that produced food products and other items. Those that worked with him said he was very good at solving printing problems at the plants. He began as a pressman and later worked as supervisor. Clark loved to travel and his skill at working with these large printing presses and the demand for the work he did gave him the opportunity to work in various places. He started his printing career and learned his trade with RR Donnelly for several years and also Texas Color Printers & Quebcor. He lived and worked at such places as Dallas, Texas for a number of years, Nashville, Tennessee area, Nevada, Savanna, Georgia and other places across the nation.
Clark had a heart of gold to help people, wonderful listener if you had a problem, and was such a kind and humble man.
He was married to his wife Cherrie on February 23, 2019 at the Cave-in-Rock United Methodist Church officiated by Pastor Jerry Oxford with his wife Winnie Oxford at the piano. Clark re-affirmed his baptism and faith in God at the Cave-in-Rock UMC where he became a member.
Clark Roan is survived by his wife, Cherrie Roan of Elizabethtown, IL; son, Brian and Teresa Roan of Franklin, TN; daughter, Tami Schauf of Morton, IL; grandchildren, Dylan Roan, Luke Schauf, Adam Schauf, Issac Schauf, and Loren Schauf. He is also survived by his brother, Jim Roan of Niles, OH; sisters Dori and Ottis Cather of Greenup, IL, and Teri Roan of Mattoon, IL.
He was preceded in death by his parents; and brothers, John Roan and Dave Roan.
A Celebration of Life will be at 1 p.m. on Thursday, January 14, 2021 outside at Cave-In-Rock United Methodist Church in Cave-In-Rock, IL. Pastor Tim Green will conduct the service.
Visit alyfh.com to leave an online condolence.