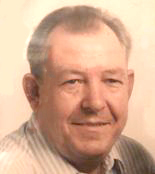 Virgil LaDon Littrell, 76, of Cave-In-Rock, IL died Sunday, December 27, 2020 at Select Specialty Hospital in Evansville, IN.  He was born January 3, 1944 to Virgil Earl Littrell and Novella Lorene Douglas Littrell.
LaDon was drafted into the United States Army and served from 1965 to 1967.  After returning he went to work in the fluorspar mines in Hardin County and worked in the shops as a mechanic.
In 1970 he married Mildred Brown and they had one son, Jeremy Wade Littrell.  In March of 2005 he gained a daughter when Jeremy married Melissa Suits.  They blessed him with two grandchildren, Aaliyah Payge and Chance Logan Littrell. Also surviving is his sister, Brenda Birch.
After retirement, some of his favorite activities included meeting his group of old friends for breakfast, sight seeing around the county, finding another new restaurant to try and about any activity involving Aaliyah and Chance.
He was a dedicated member of Potters Church.
Preceding him in death were his parents and brothers, Glenden Douglas, Bill Douglas and Gary Littrell.
Services were held at 1 p.m., Saturday January 2, 2020 at Potters Church in Cave-In-Rock, IL with interment in Cave Hill Cemetery.  The family received visitors from 11 a.m. until service time at the church. The Paul C. Rowan American Legion Post #571 provided military rites at the cemetery. Hardin County Funeral Services in Rosiclare, IL is in charge of arrangements.