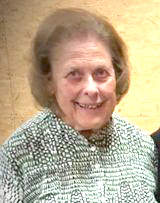 Morjorie Sue Shockley Mahoney left this world to join the heavenly choir on Monday, December 21st, 2020 at 1:45 p.m. She left this life while a resident at Southgate Nursing and Rehabilitation Center in Metropolis, IL. Sue was born October 14, 1935 as the eldest child of Loy and Martha Chancey Shockley at the Old Rosiclare Hospital in Rosiclare, IL. At the time of her passing she was 85 years old.
Sue’s father died when she was just five years old which left her mother to raise her and her two siblings, Betty and Loy, on her own. Sue knew what it meant to have little and she appreciated everything she had. She told many stories of how God would send people at just the right time to provide what was needed for their little family. Though they didn’t have much, they had love and they had Jesus, and Jesus was often seen in the faces of their neighbors, friends and family who helped them during those very difficult years.
As the oldest child, Sue always felt a responsibility to help out her mother whenever she could. Any extra pennies earned were given to the family. These difficult times propelled Sue to be a strong independent woman with focused goals and she did everything she could to achieve those goals. She never gave up on her dreams. Sue accepted Jesus as a young girl and HE became the center of her life.
As a young girl, her family moved around between Rosiclare and Elizabethtown and they attended whatever church they could, taking the opportunities to attend church in many different houses of worship. Music became very important to Sue at an early age. She got her first piano from Frances Brown. As a teenager, she began to attend the First Apostolic Church full time and it became her home. She began playing her accordion at church and then became the church’s full-time pianist.
Sue’s dream was to become a teacher and she was blessed to receive a scholarship so that she could attend SIU in Carbondale. She worked and put herself through school. She began her teaching career in 1955 when she was just 19 years old, while still attending night classes at SIUC. Sue completed her Bachelor’s Degree in Elementary Education in 1961.
Throughout her years in Hardin County, Sue enriched the lives of many children through her work in the school system and at her local church. Sue taught for 38 ½ years spending most of her career in the Hardin County School District. Her favorite grade to teach was first.
Sue was a hopeless romantic and believed true love was out there for every single person. In 1960, Sue met the love of her life, Danny LeRoy Mahoney. The story was told that Danny saw Sue at the Dairy Dream and asked a buddy who she was. The buddy said, “Oh she is a school teacher. She won’t have anything to do with you.” Danny said confidently, “I’m going to marry that woman.” Of course, Sue as “the boss”, told Danny that she had three requirements if they were going to marry. She would not have alcohol in her house and didn’t want him to drink. He had to go to church with her and he had to pay tithes to the church. Danny in his easy going way said, “I can live with that, but I have just one rule for you. I won’t be married to a jealous woman.” Sue gladly complied and so they did marry on June 10th, 1961 and made their home in Rosiclare.
This union was blessed with two children, Ralph Wayne and Rebekah Sue. Sue and Danny also opened their home to other children to care for them as their own. They spent time as youth leaders and Sunday School teachers and always stepped up to help the church and community in any way they could. They gave above and beyond so kids could attend church camp. Their joy and passion was to share with those in need and those less fortunate. They were always willing to share their home, their love and anything they had with others. They were married for 53 years with a deep and abiding love that never faded and flourished with God at the center of their lives.
Sue continued to bless people as she aged and even after coming to the nursing home as she would sing and play the piano for residents and staff. Her light for Jesus continued to shine even when her memory had faded. The words of the gospel songs and hymns remained etched in her mind and her heart.
She is survived by her daughter, Rebekah of Metropolis; two grandsons, Danny and his wife Mara, and Chris and his wife Brittany, both of Rosiclare; one great-grandson, Isaac Lee; one sister, Betty and her husband Harold Green of Rosiclare; one Uncle Claude and his wife Mary Alice Lanham of Florida; and many other cousins, nieces and nephews, and friends.
She was preceded in death by her husband of 53 years, Danny LeRoy; her son, and daughter-in-law, Ralph and Tina Mahoney; her parents; and one brother, Loy Shockley and his wife Vera.
She’s at home with Jesus. I have no doubt she got to hear the words Welcome Home my good and faithful servant. I think Sue’s story is bigger than any of us can recount , but I think she would take a line from a song that says “To tell you my story is to tell of Him”. Jesus was at the center of her story and she would want Him to be at the center of your story too.
There will be a private graveside service in her honor. A Celebration of her life will be held at a later date.
Memorials may be sent to the First Apostolic Church, PO Box 312, Rosiclare, IL 62982.