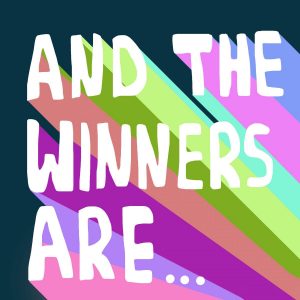 We love our BANNER at the top of the front page displayed in the Hardin County Independent each week. I’m sure it’s an eye-catcher for those who have moved away and see their weekly copy of the paper arrive as a letter from ‘home’. It features the gazebo or summer house, as some call it, overlooking the Ohio River in the front yard of the historic Rose Hotel in Elizabethtown. We use a few variations of the picture taken by my mom and former editor, Julie (Hurford) Farley.
We will continue to use it, but now we are glad to announce the five winners of the Banner Contest that we held in October and November!
Garrett Lane is the photographer of the banner in this week’s issue of the Independent (Nov. 19, 2020). He took this picture while out shed hunting in early February 2020 in a field.
Allie Cox Flannigan’s photograph will be featured as the banner in the November 26, 2020 issue. It’s a picture of Cox Farms on a foggy fall morning in Karbers Ridge.
Denver Cowsert’s photograph will be featured as the banner in the December 3, 2020 issue. It’s a sunset picture she took on the Ohio riverfront in Cave In Rock while she was waiting on the ferry to travel to Marion, KY.
Norman Cubley’s photograph will be featured as the banner in the December 10, 2020 issue. His picture is a sunrise over the Ohio River in Rosiclare at the park.
Janice Brown Foster’s photograph will be featured as the banner in the December 17, 2020 issue. Her picture is taken of a late October sunset at the Cave In Rock Ferry landing looking towards Elizabethtown.
We are thankful to those who submitted pictures and congratulate the winners! These pictures will be published randomly throughout the year as the Hardin County Independent banner. 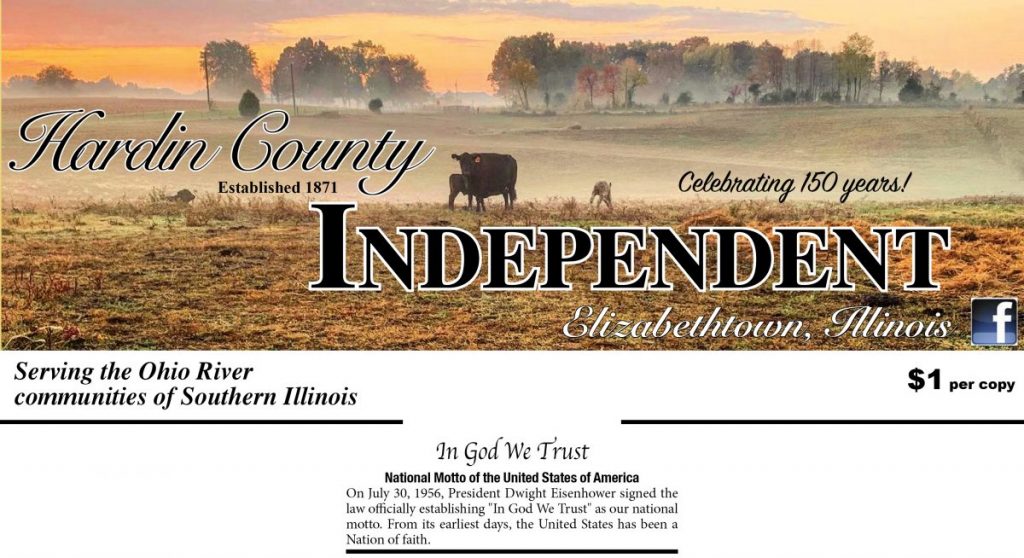 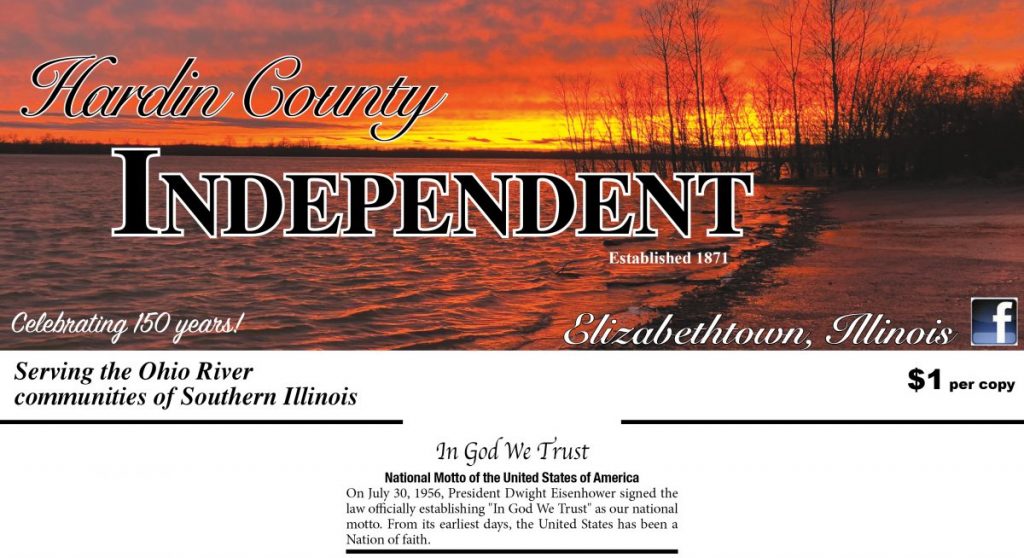 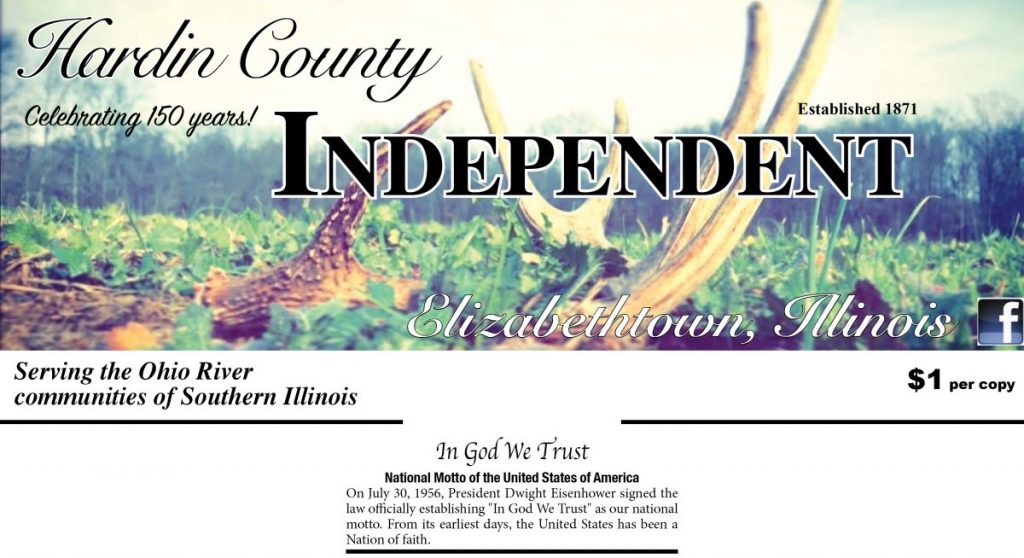 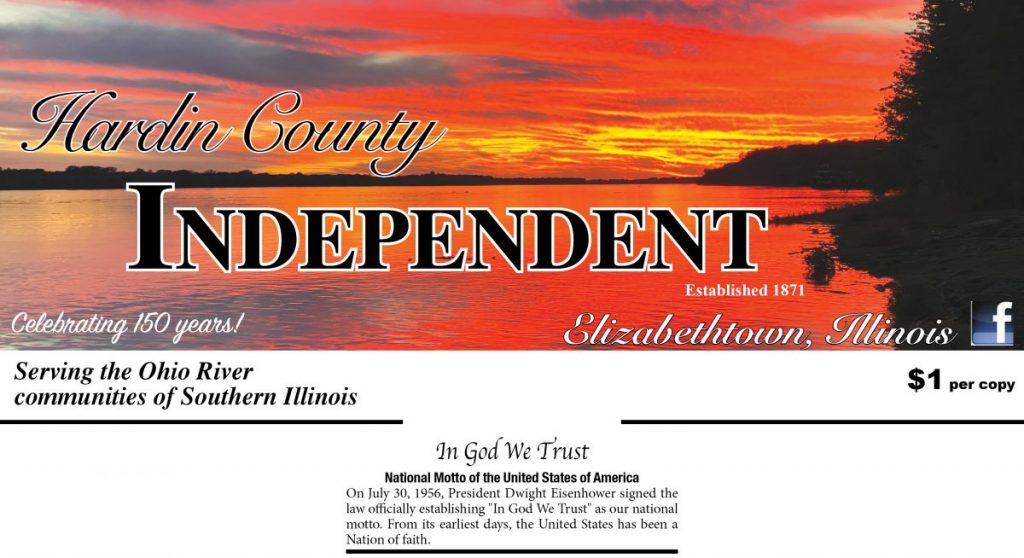 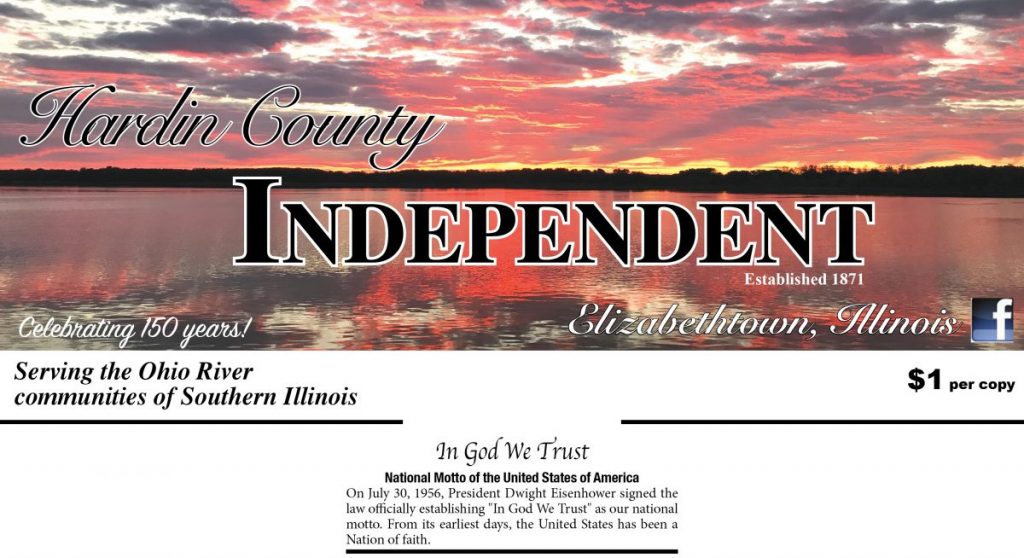