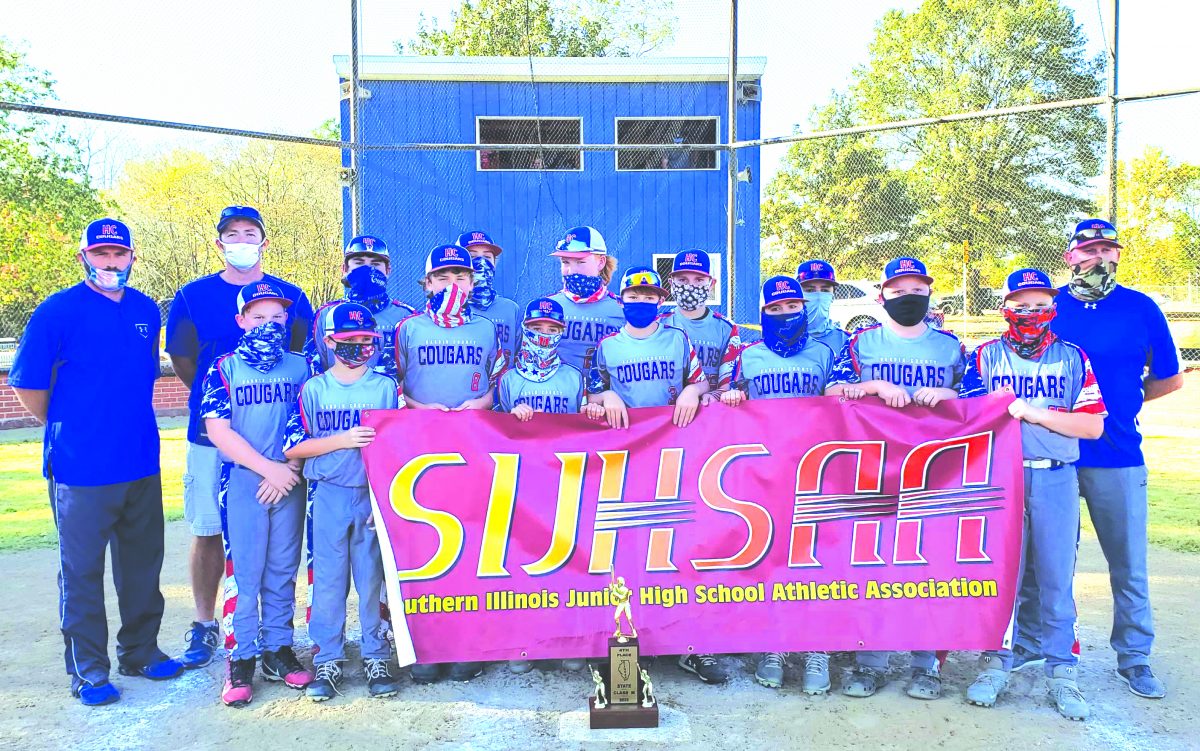 The Hardin County Jr. High Cougars baseball team ended its season on October 13, 2020, playing the Albion Lions in Pinckneyville. Both teams were strong on the mound, but the Lions were just a little stronger at the plate, defeating the Cougars by one run with a final score of 3 – 2.
Brandon Dutton started as pitcher for the Cougars and recorded 15 outs. He lasted 5 innings, allowing two hits and three runs. He struck out nine.
The Lions got things moving in the first inning with one run. In the bottom of the third inning Albion’s pitcher threw a wild pitch allowing one run for the Cougars to even the score.
The Cougars collected six hits. Bryden Banks and Trafton Stallings each had two hits to lead the Cougars. The Cougars out hit the Lions 6 to 3.
The Albion Lions pulled ahead of the Cougars in the fourth inning with two runs, one being on a wild pitch from the Cougars. The Lions also committed no errors in the field. They took the victory for the day and the Cougars earned the title of 4th in State.