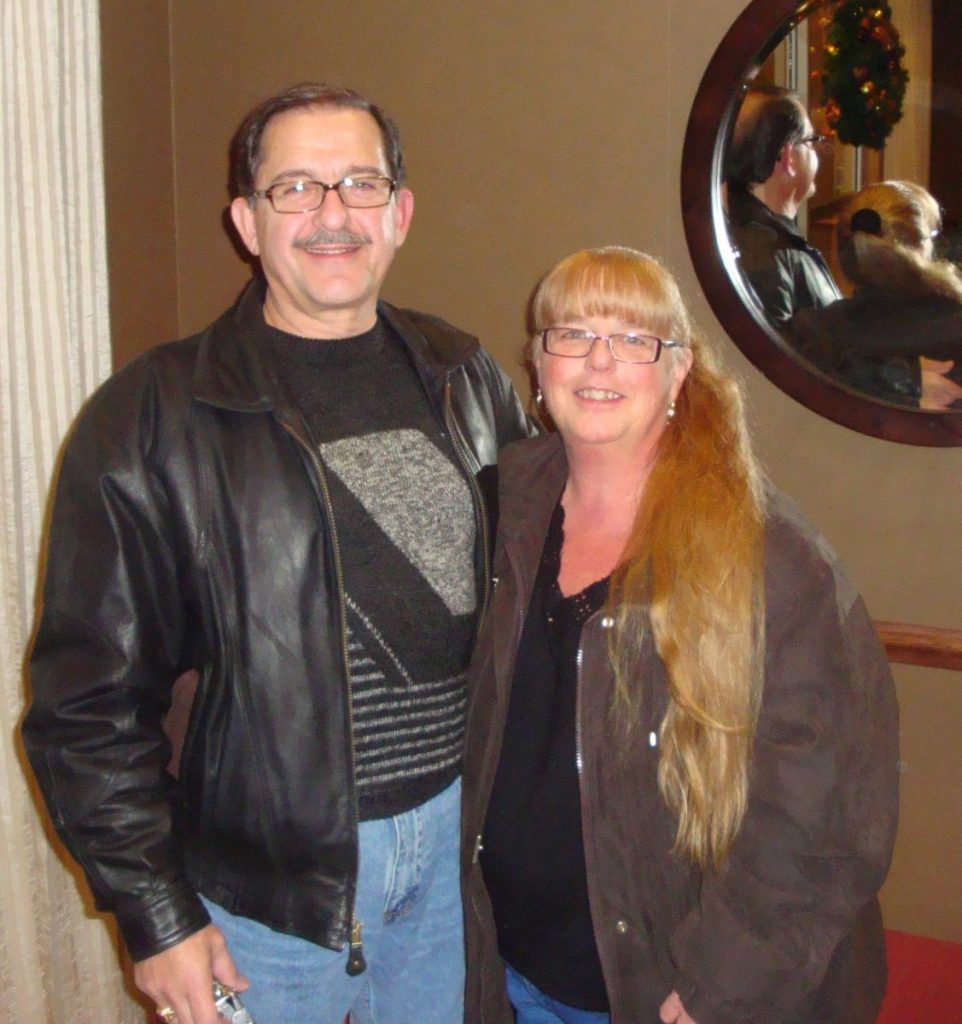 Doris (Lehmann) Guarderas, age 66, of Cave In Rock, passed away Wednesday, August 5, 2020 in Springfield, IL while visiting her mother, brother and nephew. Doris was a 1972 graduate of Glenwood High School and continued her education at Southern Illinois University-C earning a B.S. in Child and Family. While there she met and after three years of dating, married Fabian Guarderas. They shared 43 years of marriage.
Their lives together started by living in Carterville, IL followed by moves to Kankakee, IL; Olney, IL; Addison, IL; Tupelo, MS; Jonesboro, AR; and Georgetown, IN. Then their last move was to what had been, since 1998, their weekend home that became their final home in Boyd Addition, Cave In Rock, in December, 2001.
Doris’ innate ability and personable traits served her well throughout her work career that started in food service with Heritage House and Dairy Queen; and then as a college student she became a part-time SIU campus housing cafeteria server; which is how she met Fabian, a resident student.
Doris’s next position was a part-time SIU library worker that transitioned into full-time upon graduation. She stayed at that job after marriage and until their first move, to Kankakee.
Their next move was to Olney where her education, caring and pleasant manner were well suited to the job as Head Teacher/Interim Director for the community child development center.
The next move was to Addison where she was Head Teacher at a township run day care center.
That was followed by a return to Olney and child care as Head Teacher/Site Director for the Head Start program. Then she became an Assistant Field Representative for the Olney branch of the regional Community Action Agency, which included in home visits, counseling and reporting for Child and Family Welfare purposes.
Upon moving to Tupelo she worked as Head Teacher for kindergarten and after school children program for a national chain private care learning center until she was offered an opportunity to work as a Graphic Design Artist for a food wholesaler. It was outside her skill set, or so she thought, but she stayed with it and in time became the Graphic Design Artist Supervisor until it was time to relocate to Jonesboro. Her then boss called in a favor and put in some positive comments and Doris went to work as a Graphic Design Artist for the local city newspaper.
Then it was time to move again. That would be to Georgetown where she made the choice to stay home, as no job presented her with new challenges.
Lastly, was the move to Cave In Rock where they decided to make it their final pit stop until retirement and beyond. That move came sooner than they had thought possible, as had there been job opportunities in southern Illinois upon graduation for Fabian that fit his desired career path they would never have moved away. Once again Doris found herself seeking a job with ever greater career potential but nevertheless was grateful and accepted one at ROC as a part-time cashier.
Fate would once again find her, being offered and accepting a position with the local hospital as an Accounts Payable Clerk. Over time she transitioned within the business office to work as the Business Office Manager, a job she worked at until retirement in January, 2018.
One of the many things that Doris enjoyed during her various employments were the weekends, holidays and vacations, as those were opportunities to travel. Once retired she and Fabian, who already had retired, then set out more frequently traveling to multiple parts of the US. She had a passion for finding new places and activities to experience, including meeting new and diverse people and dining at places with all type of ethnic menu offerings. Variety is the spice of life, it is said, and they found that to be true.
Doris was always quick with a friendly smile, a hug and a kiss to all their friends. She gets the credit for encountering people and quickly adding them to their friend list. She also welcomed all to their home and enjoyed cooking a meal for the group.
Now Doris would not want anyone to mourn her passing, but rather celebrate the life that she led and the moments they shared together with her. Fabian, on behalf of Doris, wishes to express eternal gratitude for the kindness that all past and present neighbors and friends have shown to them in life.
Doris was preceded in death by her father; an uncle and his wife; an uncle-in-law; a cousin; an aunt and her husband; and another aunt.
She is survived by her husband; her mother; her sister and brother-in-law and their two children; three grandchildren; and her brother and his son. She also leaves behind one aunt and her children and grandchildren; an uncle and his wife and their daughter and son-in-law and their two children; an uncle and his best friend; and lastly by five cousins whose parent(s) are deceased.
As per her wishes, Doris was cremated. The service was provided by Lincoln Land Cremation Society and her ashes were brought back home to Cave In Rock.
Memorial donations may be made to Feeding America or charity of your choice.