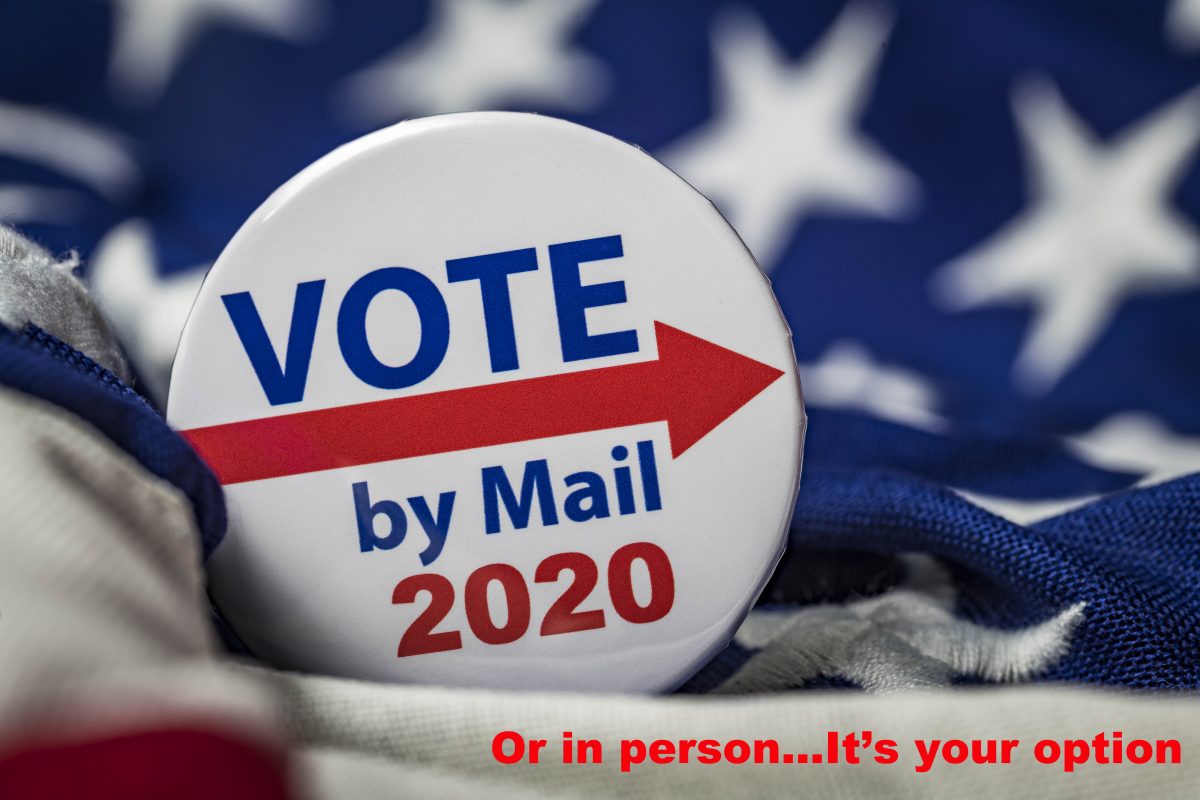 Hardin County Clerk Jill Cowsert announced Wednesday that Vote By Mail application postcards will be mailed out to all who voted in at least one election held in the last three years (2018 General, 2019 Consolidated, or 2020 Primary). Cowsert expects the postcards to be mailed out at the end of this week or the beginning of next week by Liberty, a company her offices uses for election equipment and services.
In May, the General Assembly passed sweeping legislation requiring county clerks across Illinois to send out Vote By Mail applications in an effort to prevent community spread of COVID-19. If a person chooses to receive a Vote By Mail ballot, one will be mailed before the November 3rd Election.
Cowsert said the process is costly for the County, but she feels it’s important to prevent a situation where citizens have to choose between their right to vote and a chance on getting sick. Cowsert said it will cost about $5.00 for each citizen who chooses to Vote By Mail, but some of the cost will be reimbursed due to the COVID pandemic.
Voters who would like to Vote By Mail must mark that option on the postcard, sign & print their name, add their new 911 address, phone number, and return the postcard. Postage is not prepaid; the postcard will require a stamp. You may also drop it off in person or email to jcowsert@shawneelink.net.
If a voter plans to participate in Early Voting at the Elizabethtown Courthouse or Vote at the Polls, Cowsert asks that the card not be returned and thrown away. Citizens who vote in person will follow the same steps they have in past elections.
Early Voting begins September 24, 2020. Vote By Mail Ballots will be mailed on September 24, 2020 through October 29, 2020. If the application for a Vote by Mail Ballot is received by September 24th, the ballot will be mailed to the voter no later than October 5th. For applications received after September 24th, the ballot will be mailed to the voter within two business days.
For those who have questions, call 618-287-2251 to speak with County Clerk Jill Cowsert.

See a sample Vote By Mail postcard application below: 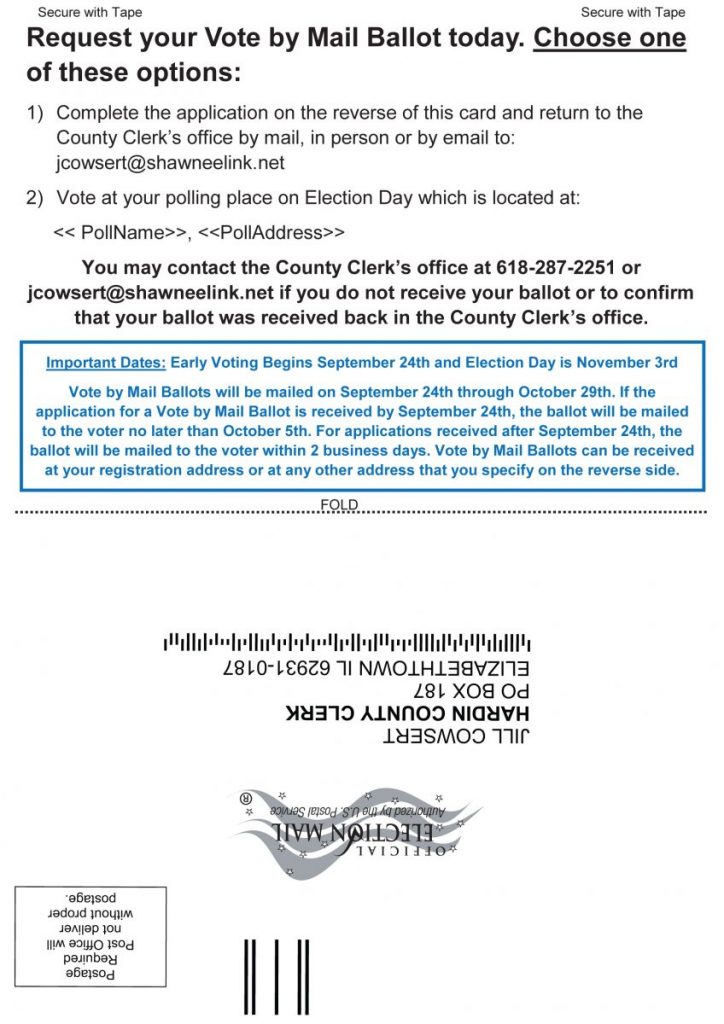 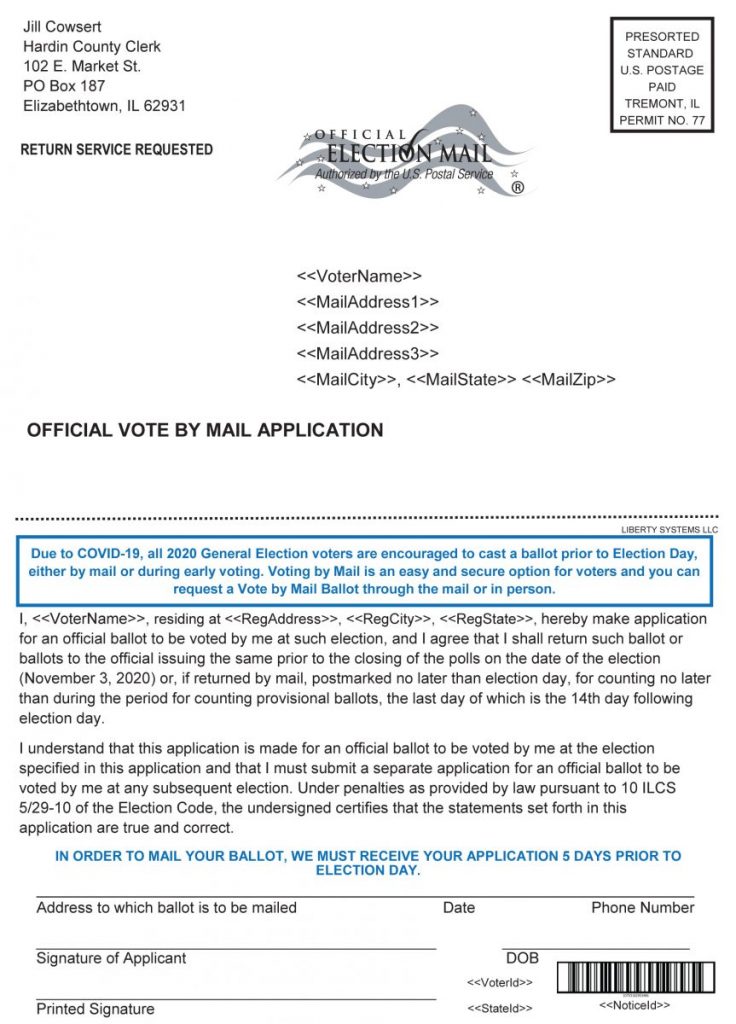