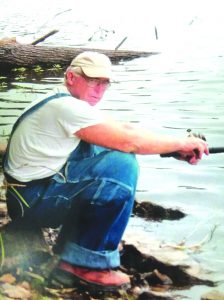 Joseph L. Clanton, age 86, passed away Thursday, June 25, 2020 at the Carrier Mills Nursing & Rehab Center. Joe was born December 18, 1933 to John R. and Gladys (Dutton) Clanton of the Rock Creek Community.
After graduating Cave in Rock High School in 1951 and working at various jobs, he enlisted in the United States Marine Corps where he served for four years.
After returning to Hardin County he worked in the local fluorspar mining industry. He was an avid musician, a member of the local Independent Baptist Church and the American Legion Post #571.
Joe married Barbara Beavers and they had one son, Joseph O. (Bubby) Clanton who predeceased his family in December of 1979. He was later married to Sue Shores and they had one daughter, Kimberly, who survives.
Besides his parents and son, Joe was preceded in death by three sisters, Clara Mae; Mary (Tillie); and Helen; and four brothers; Tom, Bill, Frank, and John.
Surviving family includes his daughter, Kim; brothers, Dan and David (Brenda); and sister, Martha (Bill) Williams; along with many nieces and nephews.
Services were held on Saturday, June 27 at the Rock Creek Church. Roy Baker and Dan Clanton officiated. Burial was in Rutherford Cemetery with military honors by the Paul C. Rowan American Legion Post #571.