With permission to reprint.

It appears that an impasse in funding negotiations between the Kentucky Transportation Cabinet and the Cave In Rock Ferry will lead to its closure next week.
Ferry operator Lonnie Lewis says he cannot adequately operate based on the current contract proposal and will close at the end of the day Tuesday, June 30.
The Kentucky Transportation Cabinet originally budgeted $928,600 annually – half of which is reimbursed by the State of Illinois – for operations over the next two years, starting July 1. A few days ago, Kentucky bumped up that amount to $1 million, but the ferry owner is asking for more.
The amount offered is significantly less than what has been paid to Cave In Rock Ferry Company over its current two-year contract dating back to 2018, which ends next week. However, following an audit of the ferry’s financial records, conducted by Kentucky Transportation Cabinet, the state appears to have drawn a line in the sand.
State officials in Frankfort believe the ferry owner can operate in a safe, responsible manner based on the $1 million contract offer. Its audit findings show the amount sufficient to provide the owner with funding to operate, make improvements and repairs and earn a 10-percent profit.
According to a letter The Press obtained this week through an Open Records request, it appears Kentucky has moved about as far as it’s willing under current conditions, some of which have to do with incurred and projected revenue shortfalls from the pandemic slowdown.
“Having already dipped into scarce state road fund dollars once at your request to provide additional funding for the Cave In Rock Ferry, we simply do not have the flexibility to increase the ferry contract further beyond our audit-supported figure,” Transportation Cabinet Deputy Secretary Mike Hancock told Crittenden County Judge-Executive Perry Newcom in a letter dated June 19.
Lewis, the ferry owner, told The Press last week that he is asking for a three-percent increase above the FY20 contract, which was about $1.2 million. According to that letter between Hancock and Newcom, the Transportation Cabinet says Lewis is asking for a six-percent cost-of-living adjustment. It says the ferry operator is requesting $1.29 million for FY21 and $1.37 million FY22.
“It will close June 30,” Newcom said on Monday.
Two years ago, the ferry operator shortened service hours from 16 hours a day to 12 a day, declaring funding shortfalls. After about three months of contract negotiations, the state and ferry reached a compromise and it resumed normal operations in the early fall of 2018. The ferry normally runs from 6 a.m., until 10 p.m.
Lewis said this time there will be no shortening the operating hours, it will simply close.
“I went through this two years ago when I was trying to plant my crop – corn and beans,” said Lewis, who farms land in southern Illinois and Crittenden County. “I’m just not going to go through it again. If they’re not going to do it, just tell me.”
Labor laws require employees to notified if their jobs are in jeopardy. Lewis said he was going to make proper notification to pilots and deckhands this week.
Lewis said he’s asking for an increase because of equipment costs and he wants to improve the spare ferry and tug. He said the state’s audit included figures from a three-month period two years ago when he purposely did not reinvest funds in the ferry operations because the contract was unsettled.
“If something goes wrong I want to have reliable equipment as backup,” Lewis said.
Lewis says he’s willing to negotiate terms of the new contact. His company has operated the ferry across the Ohio River since 1994.
Judge Newcom said he is working with bureaucrats and legislators, trying to keep all parties at the negotiating table.
“Kentucky said its last offer is it. They’re not paying any more,” Newcom said.
Keith Todd, spokesperson for the Transportation Cabinet, said there was some discussion early this week about extending the current contract for perhaps a couple more months so that negotiations could continue in good faith with the ferry continuing to operate. It was unclear at press time this week whether all sides would be agreeable to a temporary extension. For the latest on the ferry’s status, stay tuned to The Press Online.
Some have questioned why a bridge hasn’t been built at Cave In Rock. Cost is the answer. The new bridge at Smithland will cost almost $70 million to cross the narrow Cumberland River. The Ohio River is considerably wider. 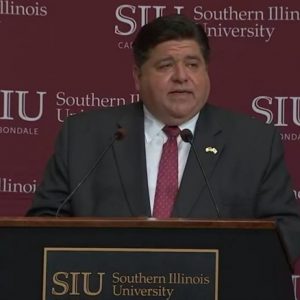 Pritzker: Virus is worse in Southern Illinois than Chicago 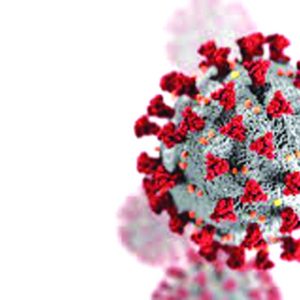 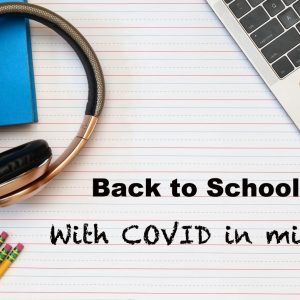 Parent Teacher Conferences to be held next week; Teachers to meet with parents before school begins 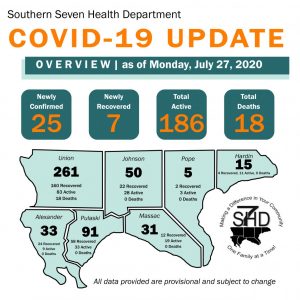