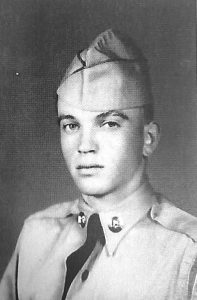 Philip G. Tucker (Phil) of Bradley, IL passed away March 27, 2020 at the Veterans Home in Manteno, IL.  Philip was born in Rosiclare, IL, February 6, 1937 to Vevas and Eula Tucker of Karbers Ridge, IL.
He is survived by his loving wife, Carolyn; his daughter, Yvonne (Russ) Loquist; two grandsons, Timothy and Daniel Loquist; one sister, Janetta Williams of Arlington,TX; and numerous nephews and nieces
Deceased siblings are Herschel Tucker of California, Virginia Miller of Houston, TX, Rosetta Drumm of Manteno, IL, Norma Jacke Leacy of Buffalo, NY, and James (Jim) Tucker of Rosiclare, IL.
Phil served as an Army Paratrooper. After his discharge in 1957, he worked 35 years at Armstrong World Industries in Kankakee, IL, where he retired at the age of 55 in 1992. While working at Armstrong he was also a licensed real estate agent buying and selling houses and land in the Kankakee, IL area and in Southern Illinois. He then moved to Elizabethtown, IL where  he built a 28-unit self storage, the first one in Hardin County. The most important thing while he was in Southern Illinois was he enjoyed going to church,  accepted the Lord, and was baptized. He sold the business in 1999 and moved back to the Bradley area where he enjoyed working in the yard and going to have coffee with his friends from work.