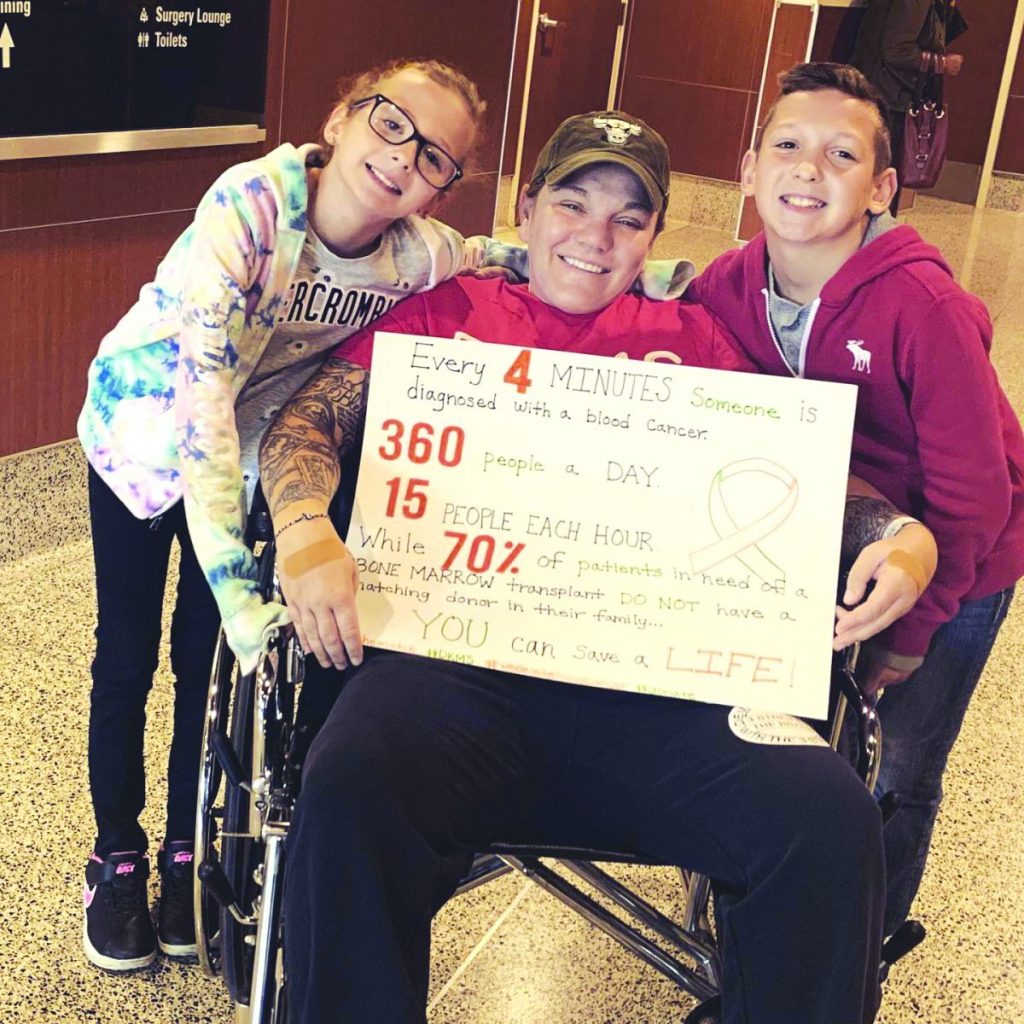 Natali Stanley with her children, Kalina and Trinnean on the day of the bone marrow harvest. Natali shared her picture and statistics about blood cancer to educate friends and family on Facebook. 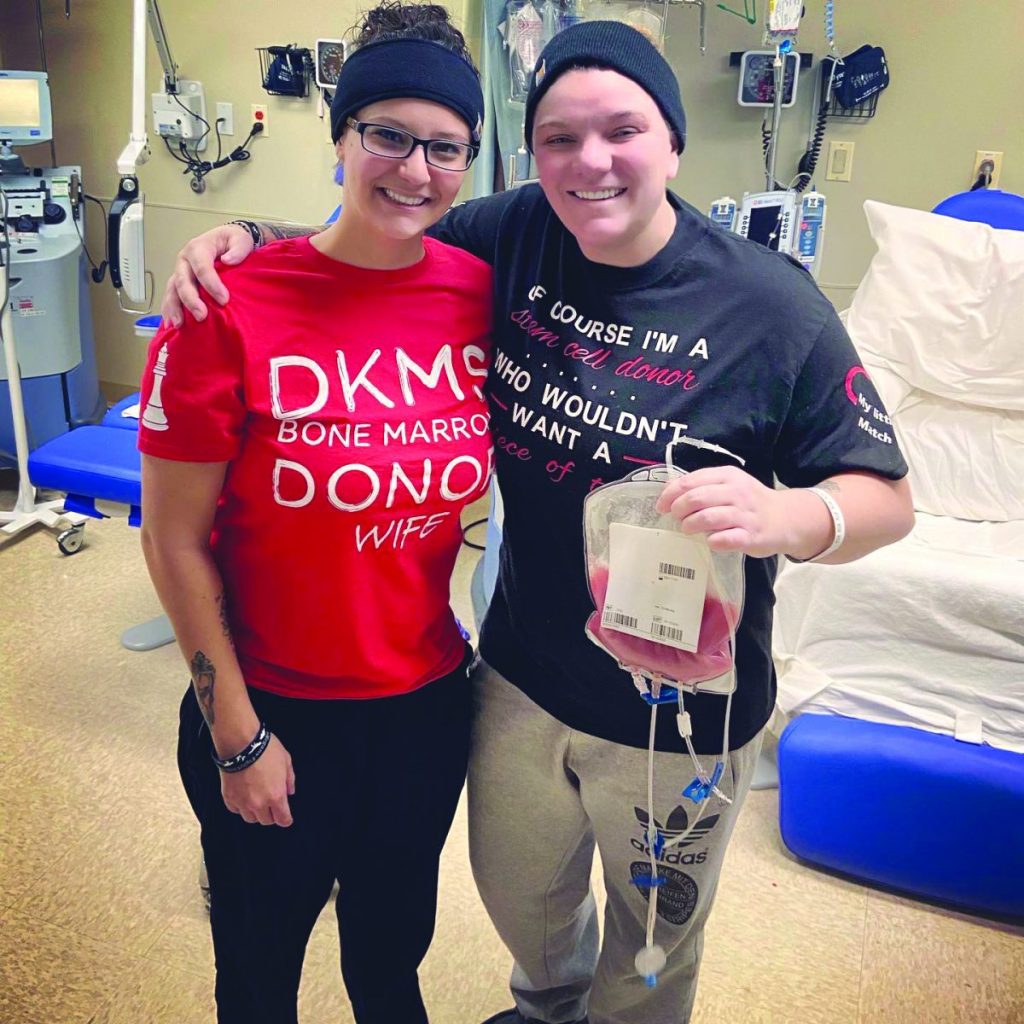 Sara and Natali holding her Peripheral Blood Stem Cell collection, the second donation for her “Little Match” (as she calls him).

Published in the February 13, 2020 issue of the Hardin County Independent