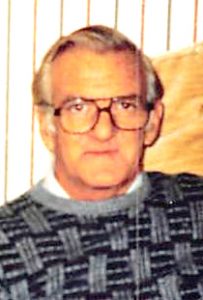 Kenneth G. McNeil, 82, of Eldorado, IL and longtime Ridgway resident, died on February 6, 2020. Kenny was born on August 25, 1937 to the late Harry McNeil and Cleo (King)(McNeil) Duncan. On November 26, 1960 he married Libby (Emert) who preceded him in death in 2002. Kenny served his country in the US Navy. He was a member of the First Baptist Church in Elizabethtown.
Kenny is survived by three sons, Kenny (Pam) McNeil of Evansville, IN, Pete (Alesia) McNeil of Ridgway, and George McNeil of Eldorado; daughter, Jo Ellen (Donnie) Davis of Omaha; five grandchildren, Brittany, D.J., Joe, Elizabeth, and Abby; three great-grandchildren, Noah, Emily and Maggie; brother, Rick (Jean) McNeil; and nieces, Sheri (Bryan) Williams, Lori (Mark) Brooks, and Lisa (Steve) White; and nephews, Steven (Lupita) Emert and Richard Emert.
Visitation for Kenny will be held on Thursday, February 13, 2020 at the Cox & Son Funeral Home in Ridgway from 4:00 p.m. to 7:00 p.m. Graveside service will be on Friday, February 14, 2020 at the Hillcrest Cemetery in Carterville, IL at 10:00 a.m. Rev. Aaron Phelps will officiate. Those attending should meet at the cemetery.