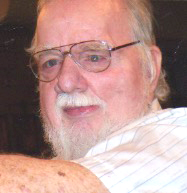 Robert Neal Stanford, 81, of Rosiclare, IL died Sunday, February 9, 2020 at Deaconess Midtown Hospital in Evansville, IN. Neal was born March 7, 1938 to Willard Ray and Alma Ilene Stanford of Rosiclare, IL. He was a member of the First Christian Church of Rosiclare.
Neal was also a Veteran of the United States Air Force and was stationed in North Dakota and Iceland. He briefly fought forest fires in Arizona before returning to Elizabethtown, IL to work at the U.S. Forest Service where he led the Youth Conservation Corp.
Later he cut pulp wood in rural Pope County and then worked as a highway maintainer for the Hardin County Highway Department until he sustained a traumatic injury that nearly took his life in 1987. Even after his terrible injuries he persevered and went on to see his kids and grandkids grow up.
On October 7, 1966 he married his one true love, Della Vinyard, of Elizabethtown, IL. Even after their divorce in 1985 he still loved her unconditionally, but “He Stopped Loving Her Today” (George Jones) only on his final day on this Earth.
Survivors include his children, Dustin (Tracie) Stanford of Elizabethtown, IL, Thomas (Leslie) Stanford of Eldorado, IL, and Casandra (Dex) Fredrick of Eldorado, IL whom he cared for with all his heart; grandchildren whom he cherished, Krista, Zachary, and Nicholas Stanford and Desalee and Casidee Fredrick; siblings, Betty Rae Reed, Ruth Goins , and Sherilee Palmer all of Rosiclare, IL, and Danny D. Stanford of Elizabethtown, IL.
He was preceded in death by his father, Ray; mother, Alma; brother, Ronald Glen who passed away as a child; grandson, Brady Stanford; and brothers-in-law, Hershel Palmer, Steve Reed, Sr., and Bobby Goins.
Services are scheduled for 1:00 p.m. Thursday, February 13, 2020 at Hardin County Funeral Service in Rosiclare, IL. The family will receive visitors from 11:00 a.m. until service time, Thursday, at the funeral home.