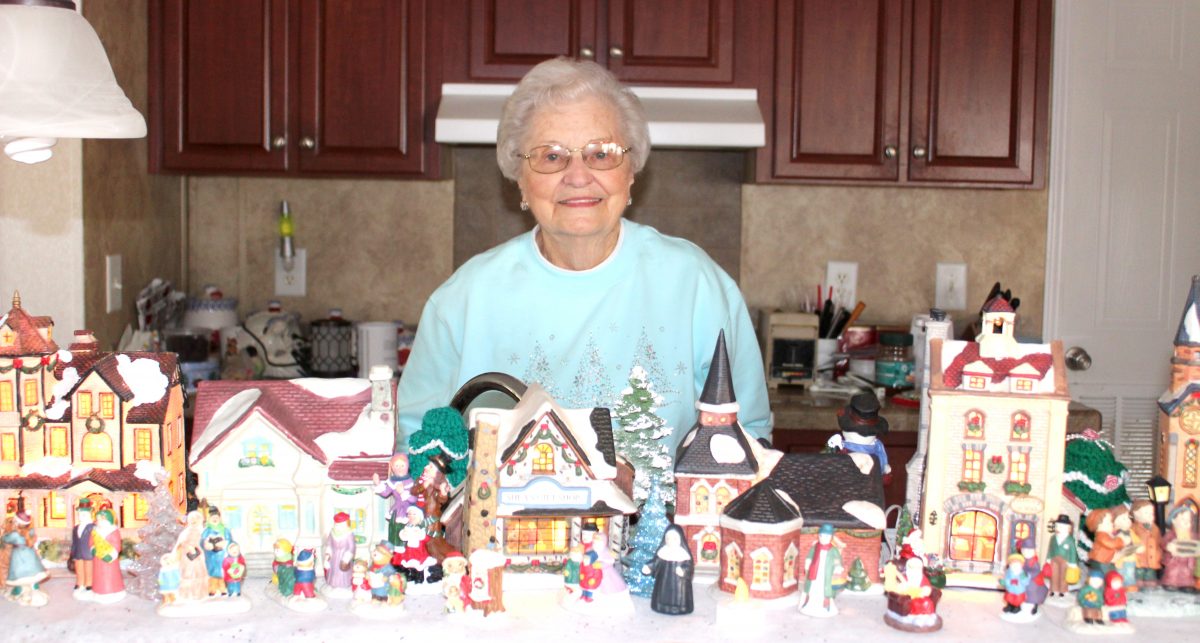 It is obvious that Eula Mae Milligan loves Christmas! The outside of her home in Elizabethtown, near the laundry mat she ran for years, is sprinkled with decorations and a homemade Santa and elf peeking through the windows. Inside her home, there are many more beautiful holiday trinkets and treasures of all types, including Eula Mae’s large Christmas village, which she has on display on the bar in her kitchen. This is the only place biggest enough for the display.
Eula Mae said that she started displaying her Christmas village about 35 years ago when she lived in a different house across the road from where she lives now. Her first village building was a church. Each year the village grew as new buildings and figurines were bought or gifted to her from friends and family. Eula explained that she also had won many of the village pieces and other Christmas decorations from playing Bingo at the Golden Circle Senior Citizens Center in Elizabethtown.
She said she didn’t have a favorite piece but she definitely remembers where each item came from. Some items, such as the porcelain caroling snowmen collection, were just meant to be since Eula Mae tried to resist buying it but found the set was still in the store a week later. She just had to get it!
Eula Mae turned 90 years old in October. She said she often receives Christmas decorations as birthday gifts because everyone knows she loves them so much. She stated that she has had several friends come by to see her work and she welcomes more friends and family to stop by and enjoy the lights, Santa statues, Angels, and the warm glow of the lighted Christmas village.