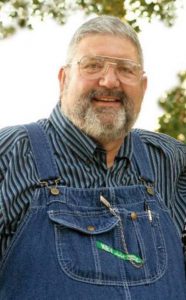 Larry Eugene Price, 67, of Equality, Illinois, passed away with his loving family by his bedside, on Wednesday, November 20, 2019 at 11:34 p.m. at the St. Vincent Hospital in Evansville, Indiana. Larry was born on May 31, 1952 in Cave In Rock, the son of the late Eugene and Velna Ruth (Derringer) Price. He married the former Deborah Cremeens on the 16th of September, 1978.
Larry worked as a machinist at BWXT in Mt. Vernon, Indiana for many years. He was a member of the Philadelphia Church of Christ near Elizabethtown.
Larry is survived by his wife, Debbie Price of Equality; two daughters, Stacey L. Price of Eldorado, and Lisa and Scott Probst of Montrose; one son, Michael Price of Equality; three sisters, Wanda Price, Tina Poole, and Tammie Gibson; two brothers, Roy and Randall Price; four grandchildren, Justin and Kristen Probst, Jessica and Zac Fleshner, Braxton Probst, and Riley Probst; two great-grandchildren, Madeline Fleshner and Mary Probst.
He was preceded in death by his parents; one brother, Wayne Price; and his mother-in-law, Mildred Cremeens who thought Larry belonged to her.
Visitation for Larry will be held on Saturday, November 23, 2019 from 5 to 8 p.m. at the Vickery Funeral Chapel in Equality. Funeral service will be at the funeral home on Sunday, November 24th at 2 p.m. with Brother Ron McDowell and Brother Chris McDowell officiating. Burial will be at Mt. Zion Cemetery near Cave In Rock.
Donations in Larry’s memory may be made to Philadelphia Church of Christ. Internet condolences may be made at the website, www.vickeryfuneralchapel.com .