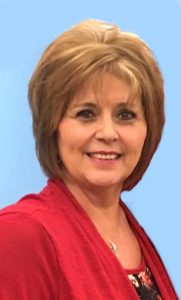 Lynda Mott Schutt, passed peacefully on November 13, 2019 at Hardin County General Hospital, Rosiclare, Illinois. She was born August 13, 1952 in Harrisburg, Illinois to the late Woodrow and Wilma Reed Mott.
Surviving is her husband Bob Schutt, her sons, Heath (Rosilyn) Schutt of Shelbyville, Illinois, Jared (Angie) Schutt of Corydon, Kentucky, and granddaughters Brook, Briley, Josie, and Macey Schutt. She is also survived by her sister Mary Ann (Bill) Bebout of Rosiclare, Illinois and nieces, nephews, cousins, friends, neighbors, and church family.
On February 6, 1971, Lynda married the love of her life Bob Schutt. They were married forty-eight years.
She was preceded in death by her parents Woodrow and Wilma Mott.
Lynda began working immediately following her high school graduation as the principal’s secretary at Rosiclare Community High School. She then worked as a teller at the Rosiclare State Bank. She began her federal government career working for the United States Forest Service at the Elizabethtown Ranger District in April 1980, were she worked for twenty-five years; retiring September 30, 2005 where she made so many friends. They all loved her beautiful smile, helpful nature, and she loved each one of them as well. During her retirement years she has kept in contact with many of these friends; as they have her. Lynda was also clerk for the Village of Elizabethtown for twelve years.
Lynda accepted Jesus Christ as her personal Savior at Hillcrest Baptist Camp at the age of nine. She was an active member of the First Baptist Church of Elizabethtown, Illinois where she served as a teacher, church clerk, organist, pianist, and was responsible for the church bulletin. She was always eager to help prepare dinners for families of those who lost loved ones, and other special events. She worked in Bible School and participated in Women’s Missions and any other position she was called upon to do. Lynda had a magnificent voice and served the Lord singing praise songs to her precious Lord Jesus Christ.
Lynda had so many friends because she was so easy to love. She was always eager to share her story about being a thirty-two year breast cancer survivor. She ministered to so many women who were diagnosed with breast cancer and told them about the miracle that God had granted her. She prayed with them encouraging them to fight and to win the battle as she had done.
Lynda was an avid supporter of the American Cancer Society and always worked to help raise funds for cancer research as they sought for a cure. “She needed a hero, so she became one!”
Lynda and Bob were dedicated church members and attended services regularly until her illness. She always wanted a copy of the church bulletin so she could stay aware of the church prayer list and activities planned for the church always wishing she could still be a part of them.
Lynda loved people and they loved her. She always went out of her way to help others. Lynda will be missed by all those who knew and loved her so much.

Aly Funeral Home is in charge of the arrangements.