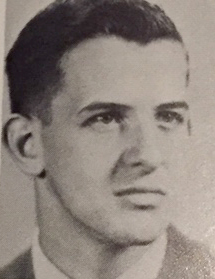 Charles Thomas Riggs, Sr., of the Chicago area, died at home on Thursday, July 25, 2019, surrounded by his family. He was 83 years old.
Charles was a charter member of the First Baptist Church of Rosiclare, IL. He worked for the Chicago Board of Education for 35 years. He loved to fish, hunt, and play games with family, like Poker, Hearts, Bridge, Liar’s Dice, and Yahtzee. Charles was a 1953 graduate of Rosiclare High School and an Army Veteran.
Charles married Ida Flando of Chicago in 1966 and she survives. He is also survived by three children, Dr. Mary T. Riggs, Charles T. Riggs, II, JD (Dr. Jennifer), and Dr. Robert Riggs (Kathleen), all of the Chicago area. Also surviving is a brother, Larry G. Riggs (wife Wavey) of Virginia Beach; a sister Jeanne Jennings of Kentucky; eight grandchildren, Charles III, Keegan, Lauren, Reilly, Allison, Callighan, Kennedy, and Brian. Charles had many nieces, nephews, and cousins who loved to visit with him at Kentucky Lake on the 4th of July.
Charles was preceded in death by his parents, Gordon (John Franklin) Riggs and Opal Corbit Riggs; and an infant sister, Carol Elaine.
Services were held at Ascension of Our Lord Church in Oak Brook Terrace, IL. Memorial contributions were made to St. Jude’s Research Hospital in Memphis, TN.