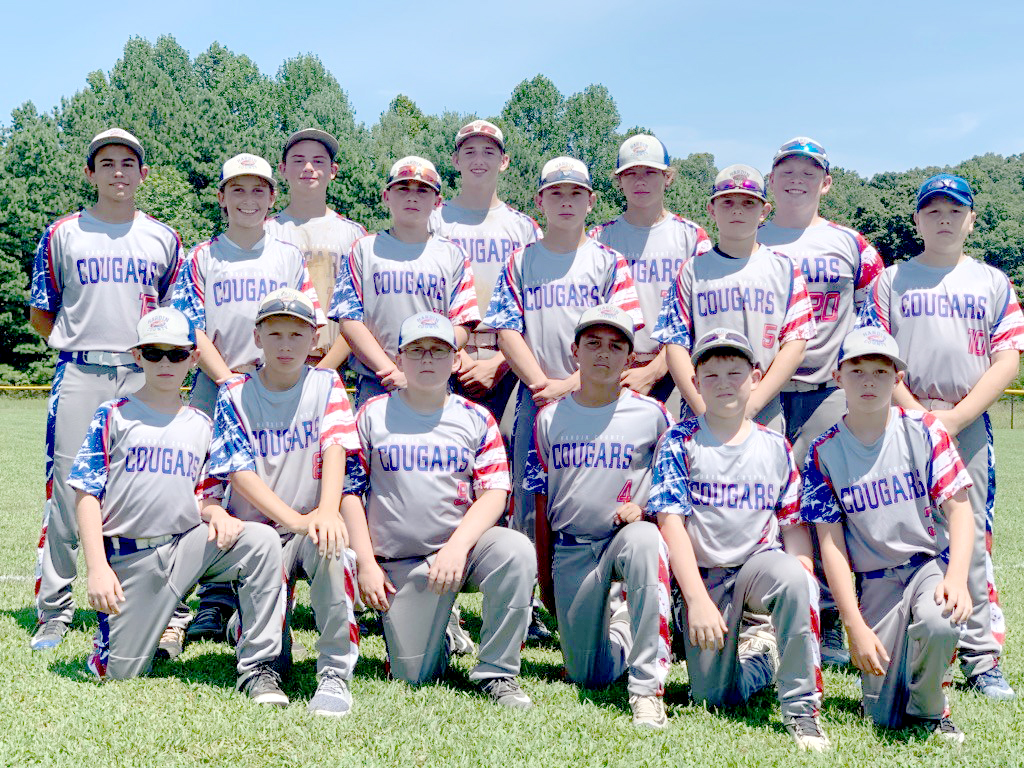 Players on the Jr. High School boys baseball team kicked off their season by hosting Slug Fest last Saturday, August 10. The Cougars played one game against Goreville, but lost 8-2.
In recent years the Jr. High Baseball and Softball teams have invited other schools to play at the Tammy Conn Memorial Tournament to kick off the season. Tammy was a beloved elementary teacher and the school’s Athletic Director until her life was taken from a car accident. According to Head Coach Matt Cullum, due to pitching rules that are in place they are no longer able to have the Tammy Conn Memorial Tournament. Instead, they now invite other schools to play at Slug Fest, where each team plays one game against a team not usually on their schedule.
Jr. High Cougars Baseball, back row, left to right: Mane Camargo, Nick Austin, Levi Snyder, Morgan Fricker, Drew Vaughn. Middle: Brandon Dutton, Trafton Stallings, Walker Bebout, Bryden Banks, Jaron Lane. Kneeling: Peyton Rose, Landon Fricker, Zack Oglesby, Nate Massie, Christian Winters, Jacob Gibbons.
The team is coached by Matt Cullum. He is assisted by Jason Vaughn and Lee Fricker.