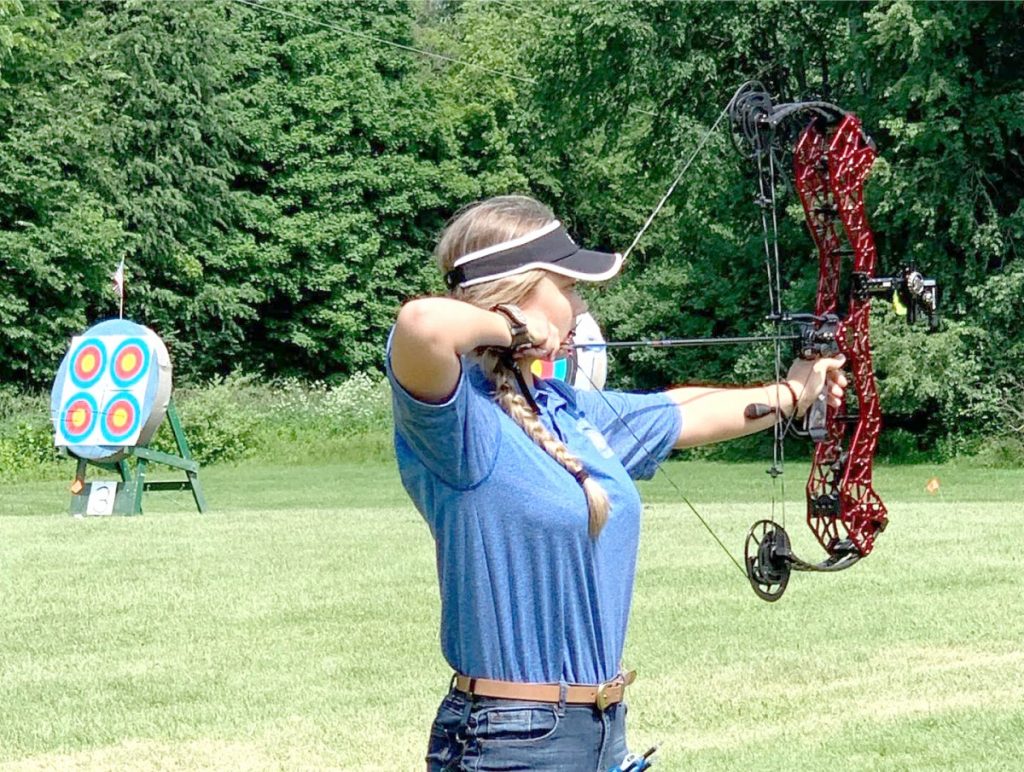 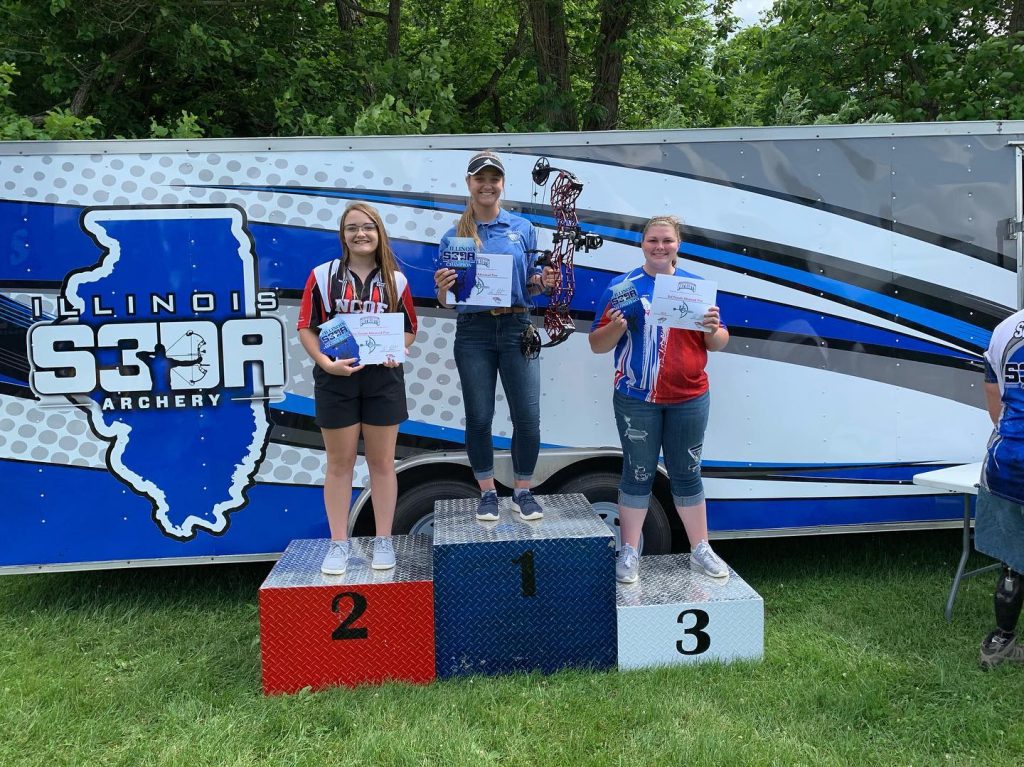 On June 8, Adriana Armstrong traveled five hours to Pekin, Illinois to take part in the first Illinois S3DA Outdoor Target State Championship.
S3DA held three regional qualifiers (Norris City, Belleville, Pekin) earlier this spring. These qualifiers let students compete for a chance to attend the championship.
Adriana won her qualifier at Belleville on May 25th which awarded her a spot to compete at Pekin. At the championship Adriana was in first place after the first round and received top seed in the second round bracket. She matched up against Hailey Lange of Norris City for the gold in the second bracket shoot down. Armstrong was able to defeat Lange and brought home the State Champion plaque and scholarships.
Adriana Armstrong said, “I thoroughly enjoyed being part of S3DA’s first outdoor target tournament and shooting with people we don’t normally compete against.”