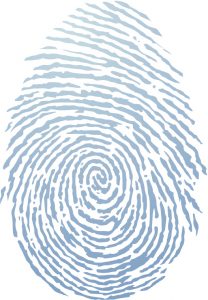 Gun owners would be required to be fingerprinted, pay increased fee

SPRINGFIELD — A bill that would strengthen the state’s Firearm Owner’s Identification Act to better recover guns from people who’ve had their card revoked or suspended passed the Illinois House in a 62-52 vote Wednesday.

Senate Bill 1966 would mandate fingerprinting and background checks for card holders, a measure which led opponents to call the bill’s constitutionality into question.

Others said added fees in the bill are unduly burdensome. Those fees include increasing card application and renewal fees from $10 every 10 years to $20 every five years. The bill also requires fingerprinting, which would add an additional cost of up to $30  to the application process due to a cap placed on the price vendors can charge in the bill.

Additional costs associated with the bill include a $10-per-firearm fee for any transfer conducted through a licensed dealer, with exemptions for a transfer to relatives, inheritance or active military and law enforcement during the course of their official duties.

Fees associated with the bill will go to the Illinois State Police to fund recovery of firearms from those who’ve had their license suspended for a number of reasons, including felony convictions.

“When we are dealing with nearly 10,000 FOID cards annually being revoked for a number of reasons, we need to be sure we’re giving the state police the resources and ability to do their job appropriately,” said Rep. Kathleen Willis, an Addison Democrat and the bill’s House chief sponsor.

Willis took questions for more than three hours in the House chamber about ways the law would fix “deficiencies” in the state’s gun revocation process and prevent circumstances similar to those that led to the Henry Pratt Co. shooting in Aurora.

Willis said some of the current deficiencies boil down to people lying about their identity on FOID applications, a problem she said could be countered by the fingerprint requirement since “fingerprints cannot lie.”

“We have some work to do in Illinois to make sure that firearms are only owned by law-abiding citizens,” Willis said.

Rep. Terri Bryant, a Republican from Murphysboro, said Willis’ bill is a “delay” that doesn’t get the heart of the shooting in Aurora. Additionally, she said, SB1966 determines who can and cannot afford to own firearms and it stands a high chance of being undone if cases challenging FOID are overturned by the courts.

“This bill does absolutely nothing to address the very real issues identified in the tragedy of Aurora,” Bryant said. “The driving force behind this was to fix what happened in Aurora so that we could all get beyond what those problems were.”

Rep. Keith Wheeler, a Republican from Oswego, is the sponsor of a different bill to address FOID revocations – House Bill 3839 – which did not include a mandate on fingerprinting.

He said he agreed with some of the provisions Willis placed in her bill, but he questioned if the cost to run a task force to recover revoked firearms and cards could far exceed the costs from the State Firearm Revocation Fund.

Recovering firearms is a matter of public safety, he said, adding that he believes revocation efforts should receive more dependable state appropriations.

“There has to be some kind of understanding of what a program is going to cost as we try to implement it,” Wheeler said. “I don’t see how what we’re taking in this bill and moving into that recovery fund is actually going to be enough to do that in year one or two or three.”

Rep. Kambium Buckner, a Chicago Democrat, said he agreed with the intent of the bill and supports Willis’ efforts before turning to his concerns about costs.

He said he is worried the added fees would turn “right of self-defense” into a “luxury” for those who are “economically depressed” and unable to afford the cost of gun ownership.

“I don’t want to see fees adjusted to a point where they become so steep that they may drive a person — who would normally follow a legal process — in a different direction, because they can’t come up with the money we’re now demanding they come up with,” Buckner said.

Springfield….During a lengthy debate on the floor of the Illinois House, State Rep. Patrick Windhorst (R-Metropolis) used his time to highlight his concerns with certain provisions of sweeping gun control legislation, SB 1966. In particular, Windhorst questioned the legislation’s sponsor on SB 1966’s requirement that all FOID Card and Concealed Carry License applicants be finger printed prior to the approval of their applications.

“This bill puts more burdens on law abiding gun owners, increases fees on those gun owners, and requires law-abiding citizens to provide fingerprints to exercise a constitutional right,” Windhorst said. “This bill is a massive overreach, and I strongly urge a no vote.”

Following the 62-52 vote in favor the legislation’s passage, Rep. Windhorst says he believes SB 1966 will eventually be struck down in court.

“Despite the seeming lack of concern from the bill’s sponsor, I strongly believe that any court will find several of provisions of the bill to be unconstitutional,” Windhorst said. “Even the most activist left wing judge should find a statewide fingerprint database for non-criminal, law-abiding gun owners, an outrageous and unconstitutional overreach.”

“I strongly opposed SB 1966 because it takes direct aim at law-abiding citizens’ Constitutional Rights and protections. I have little doubt that any court challenge of the law will reveal and affirm its unconstitutional nature. That means that today’s passage of SB 1966 will serve as a massive waste of time and resources for legislators, members of the judiciary, and the average tax paying individual in Illinois…all to light another candle on the altar of the radical national left-wing agenda.”