On Friday, March 22, 2019, Alexandra Wallace, 19 year old daughter of Jeremy and Tara Wallace of Rosiclare, traveled to Chicago, Illinois, to compete in the 2019 Outstanding American Miss Teen national pageant. Outstanding American Miss was founded with the belief that its Queen should be someone to look up to, and who works hard to do the best she can for herself and her community.
On Saturday, March 23, Alex participated in the workshop with Nicole La Ha Zwiercan, Mrs. USA Universe, and also had a contestant meet and greet where she met girls from all over the country. Saturday afternoon she competed in Introduction (20% of her overall score) where she had to introduce herself onstage in 30 seconds or less. Alex was judged on personality, confidence and poise.
Alex took the stage and said, “Coming to you from Southern Illinois, I am 19 year old Alexandra Wallace. Whether I’m kayaking on the Ohio River, repelling from a cave, or wearing a lab coat while pursuing my Bachelor’s Degree in Biomedical Science, I know the sky is the limit as long as I set goals, work hard and Dream Big”!
Alex then went into the round robin style of interview (40% of her overall score) where she spent two minutes with each of the five judges. Judging was based on eye contact, poise, personality and self confidence. The Outstanding American Miss pageant has some of the longest interview times in the pageant industry, because they believe that they should truly get to know their future queens.
On Sunday, March 24, Alex competed in Meet Me! Modeling (10% of her overall score) and Evening Gown (30% of her overall gown). Meet Me! Modeling’s purpose was to tell the judges and the audience more about the contestant. For this portion of the      READ MORE 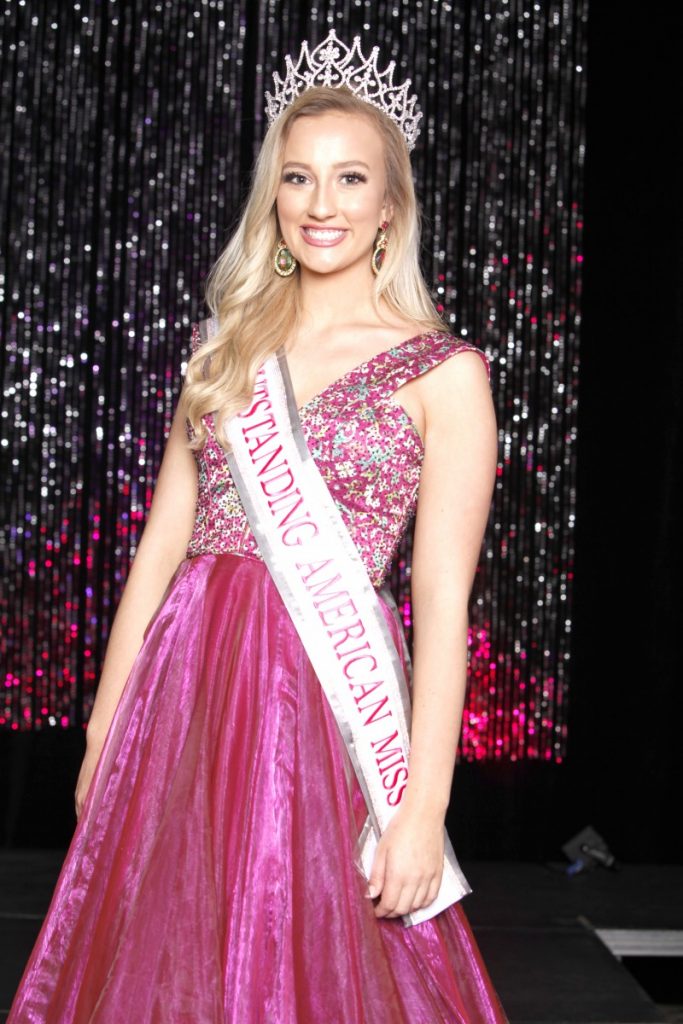 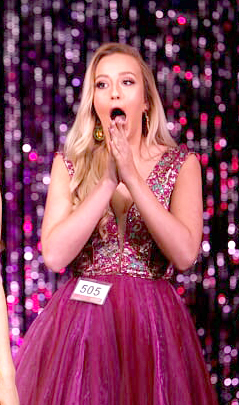