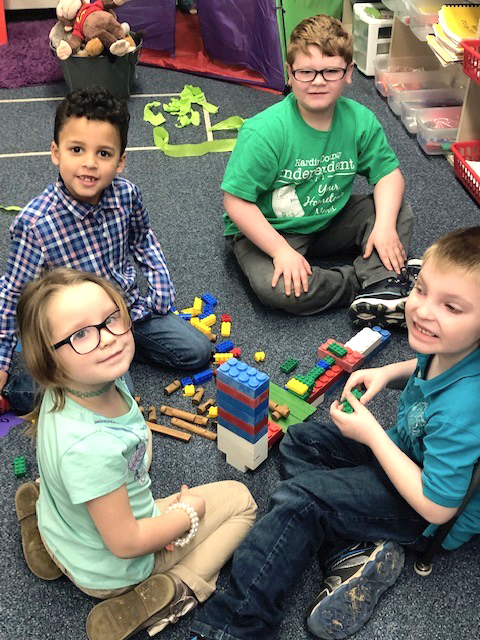 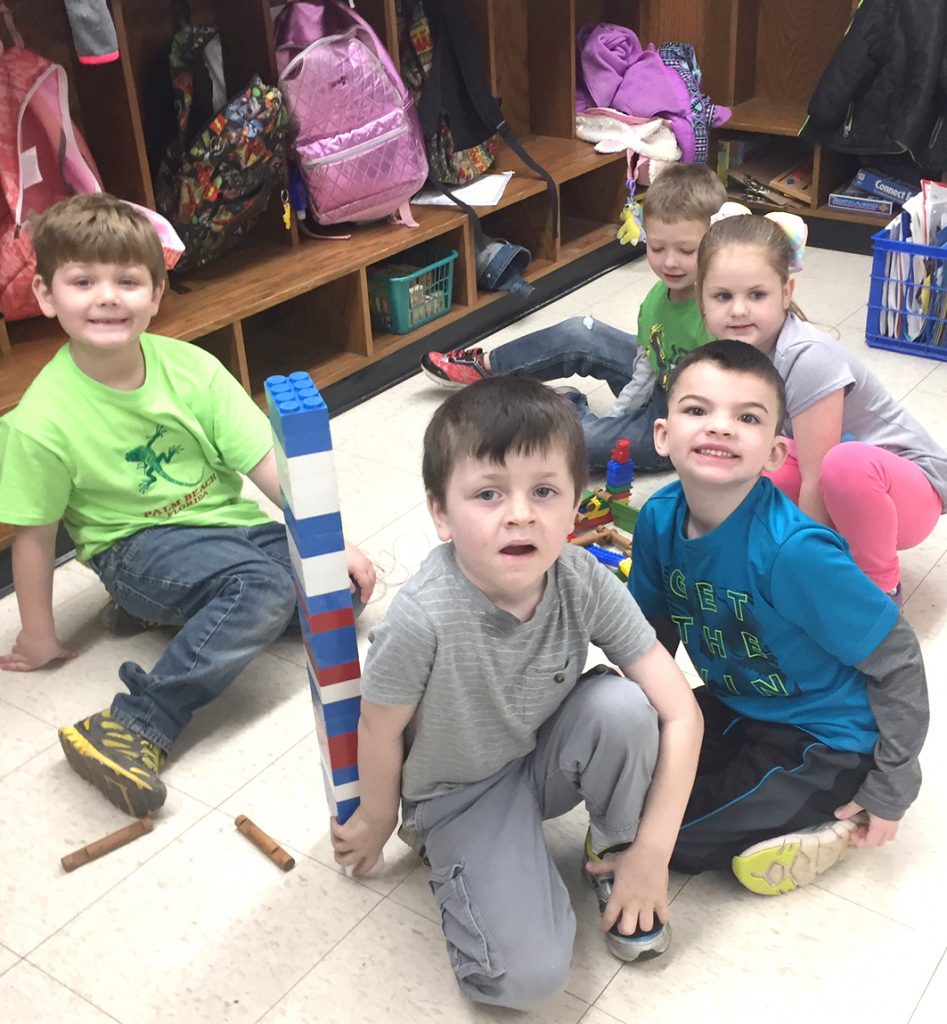 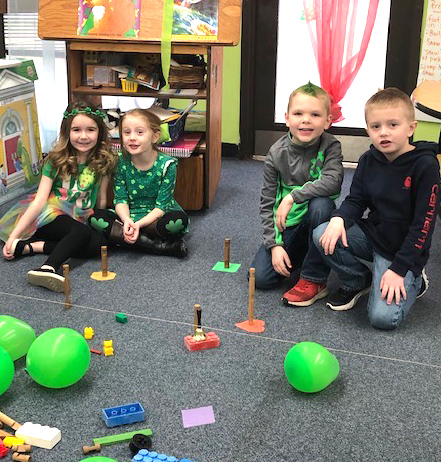 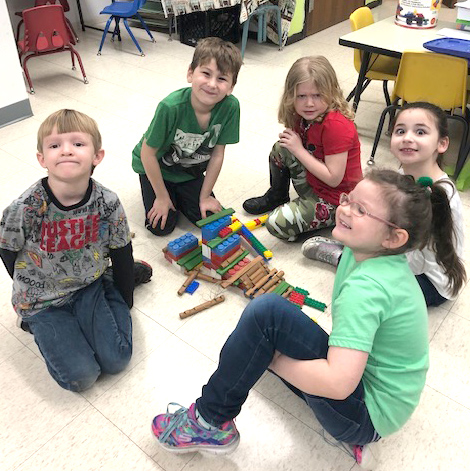 Kindergarten got quite the surprise last Friday morning when they arrived at school. A Leprechaun had been in their rooms overnight. The Kindergarten rooms were filled with green streamers and balloons – what a mess! He had even put their morning work in their chairs, to try and trick them.
The boys and girls decided to work together in teams, building traps in hopes of catching him throughout the day. No such luck after lunch, but they discovered the Leprechaun had tripped the traps and left Shamrock coins and candy to eat!
Mr. Stunson reported he caught him for a short time but he slipped right through his fingers, too! The Leprechaun left the Kindergartners a note telling them, “Better luck next year…hee hee!”