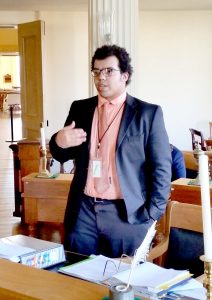 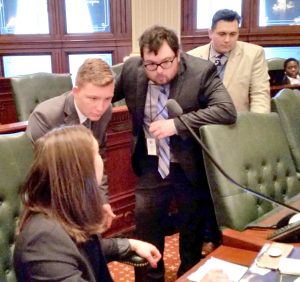 Southeastern Illinois College returned to familiar territory when it clinched the Model Illinois Government championship and was named, “Outstanding Small Delegation” on Sunday, March 3.
This is SIC’s 11th state championship in 16 years.
This year SIC was not only the smallest school in terms of enrollment it also had the second smallest number of competitors with only five student participants.
“With only five competitors we were at a disadvantage against schools that brought as many as 25 students” said political science instructor and advisor Matt Lees.
The disadvantage disappeared by the end of the competition, however. SIC not only defeated every small school, it also outscored the large delegation winner.
“That fact alone speaks volumes about the quality of our students” said Lees.
“I can say that without a doubt that the experience was one of the best I have had,” said Christian Lane who played the role of a representative, “I will take it with me forever.”
During competition students have the opportunity to debate bills in the actual…To read more click here