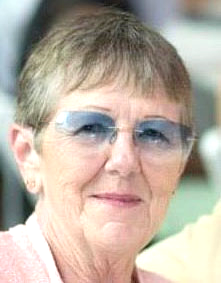 Doris Elaine Porter Baker, 72, of Riverton, KY died at 3:45 p.m., Sunday, January 6, 2019 at her home. She was born June 16, 1946 in Salem, KY, to Willard and Martha Hobbs Porter. She married John Baker on February 25, 1995 and he survives.
Also surviving are her children, Carol A. Bouché, Robert A. Bouché, D. Cristina Bouché Frugoli, Ramon E. Bouché, Jr. and Nicole T. Bouché Espino; step-children, Julie Baker and Nick Baker; twenty grandchildren; two great-grandchildren; and two sisters, Margaret Porter Skerly and Charlotte Porter Bryan.
She was preceded in death by her parents and brother, Jammie Porter.
Doris was a resident of Riverton for the past six and a half years. She previously lived in Galveston, TX.
She worked as a medical secretary for various offices in Galveston, TX and was an over the road truck driver for a few years.
She was very active in the Twelve Step Program.
The family will host a Memorial Service at 11 a.m., Saturday, January 19, 2019 at Real Life Church with Calvin Miller officiating. Burial will be at White’s Chapel Cemetery in rural Marion, KY.
In lieu of flowers, memorial contributions may be made to St. Jude Children’s Hospital.
Share stories, pictures, Facebook and Twitter at: StaabFamily.com