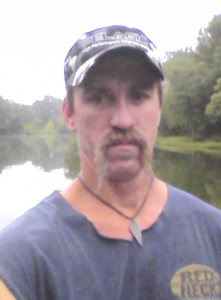 Jeffery Neal Banks, 46, resident of Harrisburg, died Friday, November 30, 2018 at the Harrisburg Medical Center. Jeff was born June 15, 1972 in Eldorado to Terry Banks and the former Susan Hay.
Jeff is survived by his parents, Terry (T.J.) Banks of Herod, and Susan (Mark) Woods of South Carolina; grandmother, Pauline Banks of Harrisburg; sister, Mallory Fleetwood of South Carolina, step-sister, Crystal Malcom of Marion; and several nieces, nephews, aunts, uncles and cousins.
Jeff was preceded in death by a brother Kevin Banks.
Services for Jeff will be held at 1:00 p.m. on Saturday, December 15, 2018 at the Good Hope Baptist Church in Herod. Rev. Arthur Austin Jr. will officiate. Burial will be in Good Hope Cemetery. Visitation will be held from  noon until the time of the funeral.